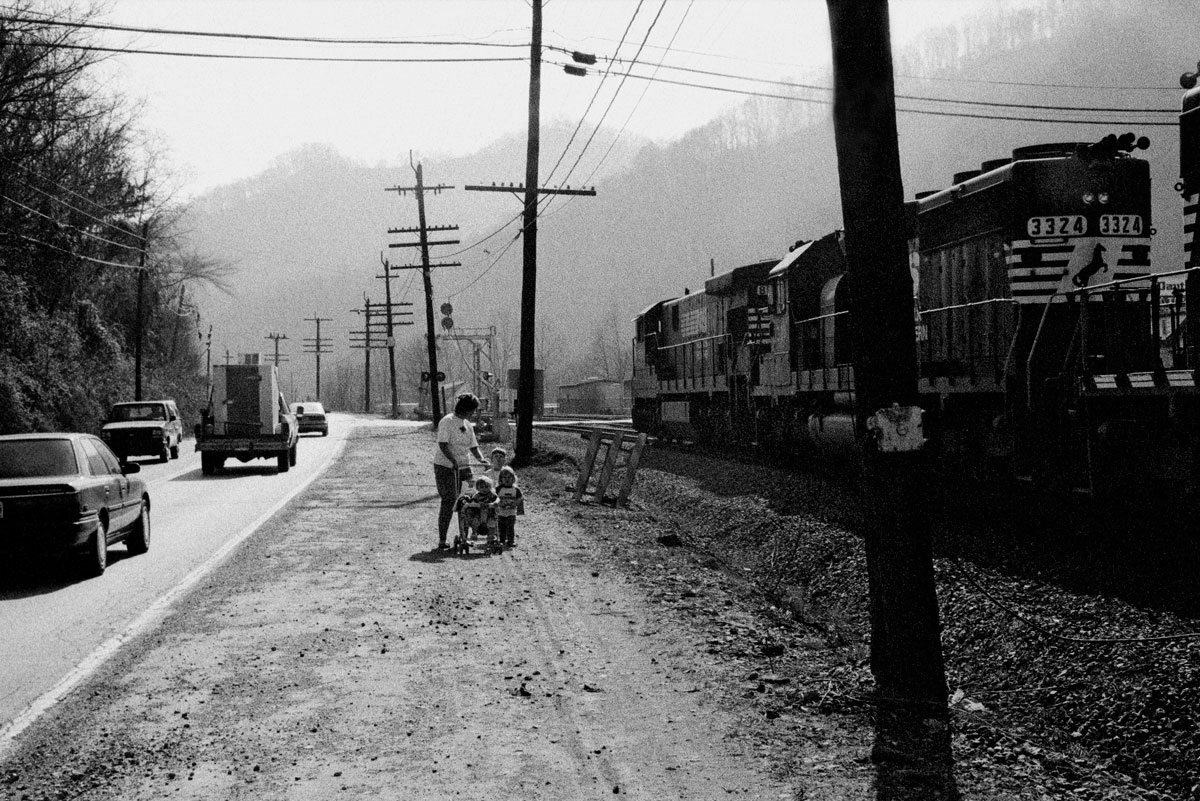 Railroads in the Appalachian coal fields are dirty, gritty, and hardened. Coal dust clings to anything it can grasp on to, diesel fumes linger in the hollows, and the low throbbing pulse of struggling locomotives tortured by the steep grades verberates off the sides of the mountains. The people and communities in the mountains have adapted and overcome the challenges of this environment and are proud to call it home. Photographer David Kahler has traveled here many times throughout the nineties to document Appalachian coal country with a photography style that will transport you right next to the heavily worn steel rails to experience what it takes to haul heavy loads of coal directly out of the heart of the coal fields.

Photos from his new book, The Railroad and the Art of Place, are just as gritty and work hardened as the places he photographed. 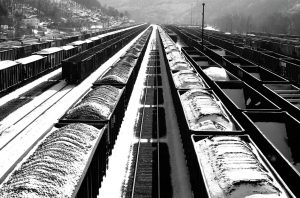 His black and white photos from his new book, The Railroad and the Art of Place, are just as gritty and work hardened as the places he photographed. His compositions are documentary in nature and make you feel as if you are standing there with him. They weren’t taken to adorn one of the months in a calendar just to be hung haphazardly up on a wall, instead they work together to tell a story. His images capture the essence of place not just lone subjects. He often includes foreground objects directly in the frame which give depth to the scene. At times the foreground objects feel to be in the way but still compliment the photo very similarly to a Tom Fawell painting. Many of his images include a human element that adds greatly in telling the complete story of the places he traveled to making his work very relatable to others that look through his book. David wasn’t afraid of getting out into whatever mother nature threw at him either, capturing images in the rain and snow as the lives and work in the hollows didn’t stop for the inclement weather either. 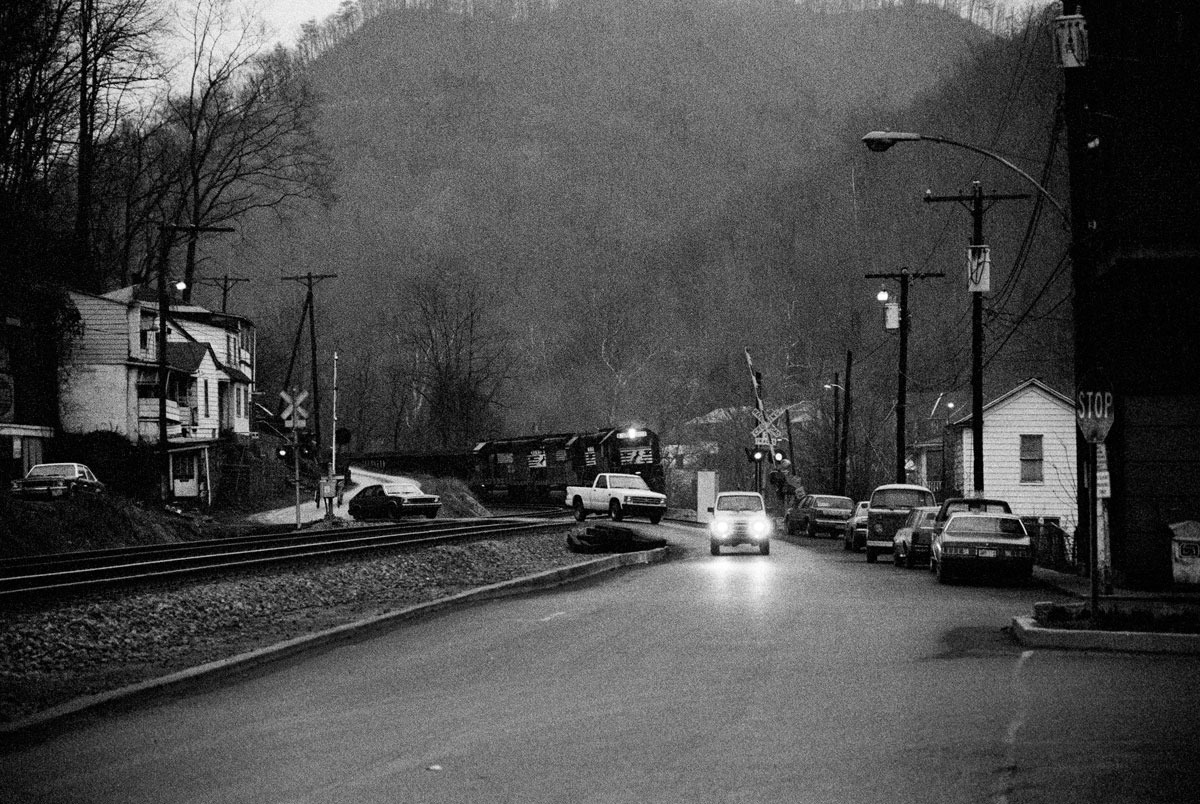 I can highly recommend this book by David Kahler that you can purchase from The Center for Railroad Photography & Art. I would consider this a documentary art photography book and feel it is much more than just a railroad photography book. This large format book features a single large image per page, most of which focus on coal railroading in West Virginia and Kentucky between the years of 1992 through 1997. The front of the book include a few historic images from Pennsylvania and New York in the 1950s, which I thought felt out of place in this book but are still enjoyable to view.

Center for Railroad Photography & Art
The Railroad and the Art of Place is a 152-page, 11 x 11-inch hardbound book printed in lush duotone that features photographs made by David Kahler, FAIA, with design and editing by Jeff Brouws and Wendy Burton. In the late 1980s, Kahler was deeply inspired by seeing an exhibition of O. Winston Link photographs. He soon began making annual trips to the West Virginia and eastern Kentucky coalfields, destinations that strongly resonated with his own aesthetic of “place.” Armed with a used Leica M6 and gritty Tri-X film, he and his wife made six week-long trips in the dead of winter to photograph trains along the Pocahontas Division of the Norfolk Southern Railway. Nearly one hundred images edited from this body of work form the core of The Railroad and the Art of Place, along with a selection of earlier Pennsylvania Railroad steam-era photographs that reflect Kahler’s interest in the railroad landscape from an early age. The volume also contains three essays (by Kahler, Scott Lothes, and Jeff Brouws) discussing the personal motivations, historical context, and aesthetic development behind the photography. With funding for printing provided by the Kahler Family Charitable Fund, all sales will go to support the Center’s work.
Buy The Railroad and the Art of Place – $60, hardcover, 11×11 inches, 152 pages, duotone, limited edition of 1,000 copies.

About the Poster
Travis Dewitz is a professional photographer located out of Eau Claire, Wisconsin. He has been published in many books and magazines including many in the railroad industry. He does a lot of photography work and environmental portraitures for many companies and heavy industries in and around Wisconsin. He has grown up with trains and railroads are one of his passions that he pursues. His railroad photography can be seen on his website The Railroad Collection.