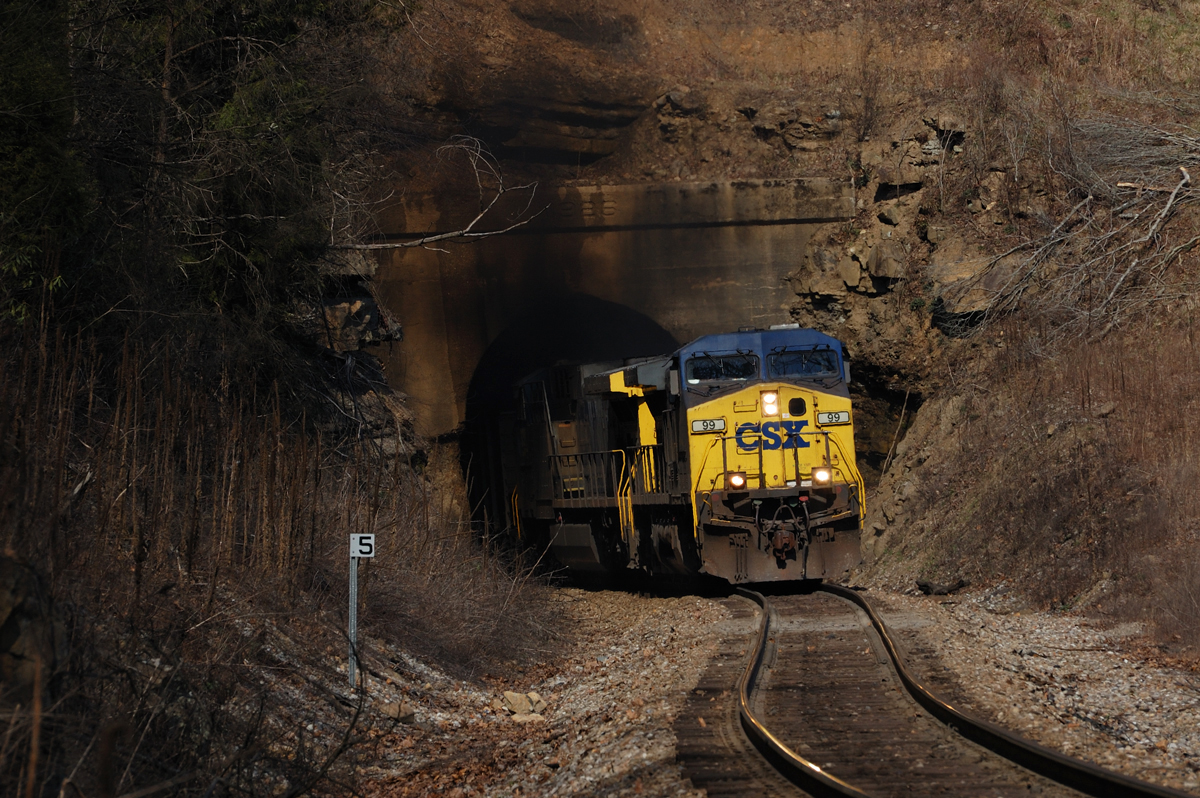 It still seems unreal, unbelievable, that the Clinchfield Route is no more, at least not as it has been for so many of us. No more is the Clinchfield the “Quick Service, Short Route” of lore. No more heavily-laden unit coal trains crawling up the long, long Blue Ridge grade from Erwin, Tennessee to Altapass, North Carolina. No more time freights hustling merchandise traffic between the Southeast and the Central West. No more pushers drifting back toward Shelby Yard after pushing a coal train up to Dante. No more.

This most distinctive piece of railroad has fallen mostly silent. Those incredible railfan experiences are now all behind us. 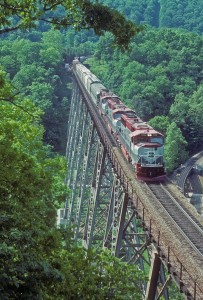 With this drastic change in operations, the Clinchfield is now a segmented operation. The northern segment, from Shelby, Kentucky to McClure Junction (including part of the ex-C&O Big Sandy Subdivision), sees use two or three times a week by a mine run serving one remaining unit coal train loadout. St. Paul, Virginia to Frisco, Tennessee, is used only by Norfolk Southern trains on trackage rights over CSX. Additionally, sporadic coal trains from the ex-L&N Cumberland Valley Subdivision bound for Eastman Chemical at Kingsport, will access the Clinchfield at Frisco, having come over from Big Stone Gap, Virginia on NS trackage rights. Finally, the Kingsport, Tennessee to Spartanburg, South Carolina section of the Clinchfield sees as-needed service by time freights Q696 and 697, the Kingsport Yard Crews, and a smattering of local freights. 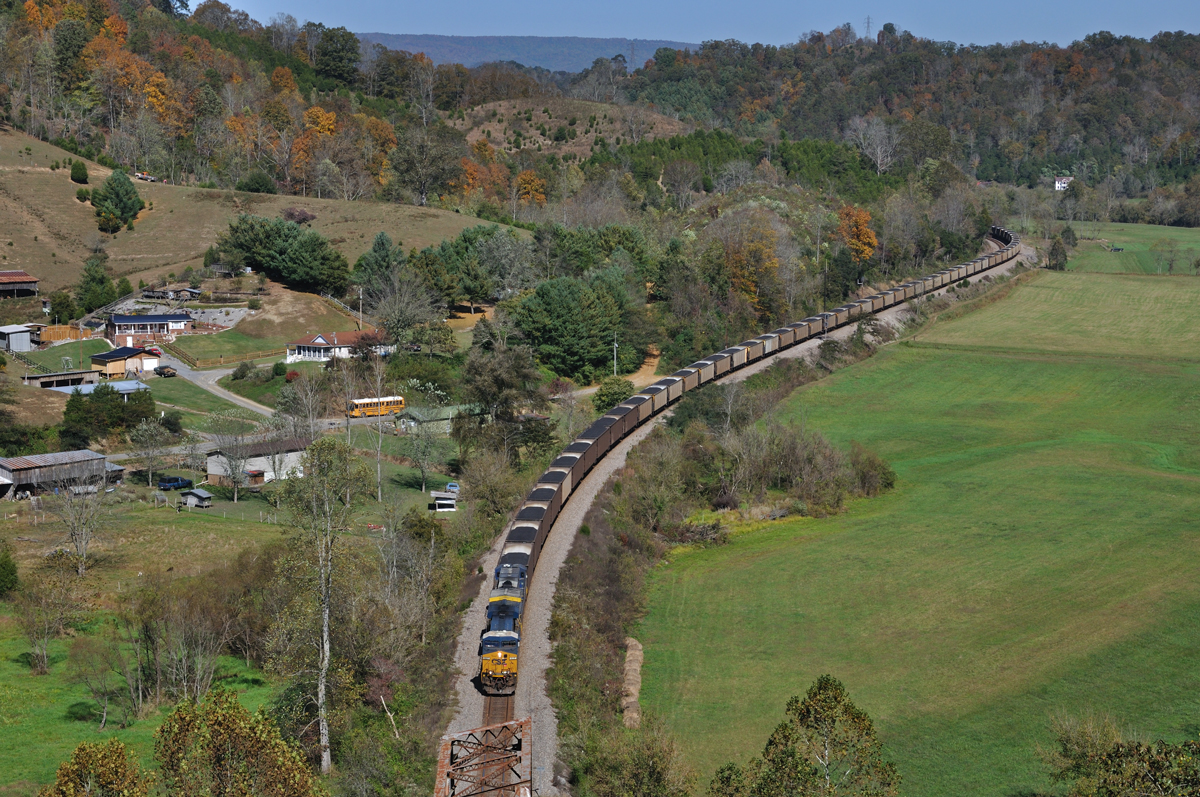 Admittedly, this article originally began life as a “railfan guide” for The Railroad Collection. It was that sad turn of events in October 2015 that changed this piece from a “go here, turn there” to a retrospective of my days on the Clinchfield. 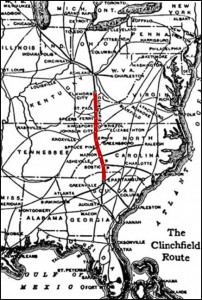 As a native of Southwestern Virginia, born and bred not 20 minutes from the Clinchfield main line, the CRR has always been a part of my life. Some of my earliest memories of trains are of the Clinchfield, of coal trains behind dusty black diesels soaring across Copper Creek Viaduct. When, in the mid-1980’s, I began taking the hobby seriously, some of my first dedicated railfan trips were to the Clinchfield, exploring the bluffs along the Clinch River, or going out to see the famed Santa Claus Special, not as a wide-eyed child in search of candy and gifts, but rather as a railroad fan. As my interests expanded and photography skills improved, I found myself increasingly on the Clinchfield, deep in the Breaks of the Big Sandy, or accompanying the local railroad club on a safari to the South End. I began to write extensively about CSX’s operations on the Clinchfield, to share my love and enthusiam for this special railroad with others.

There was a magic about this railroad, a special feeling that can’t be understood unless you’ve been there. Words alone are not descriptive enough to convey what the Clinchfield was, and what it was like to experience. And there are not enough words to explain the feeling of loss that it’s gone. Now, as 2016 begins, there are rumors that a revival of sorts is in the works, but things will never again be as they were before. We’ll of course take whatever we can get, and be glad of it, but our hearts still yearn for those now long-dead days of glory, receding quickly in the rear-view.

For more information about the Clinchfield:

Helm, Robert A. Clinchfield Railroad in the Coalfields. TLC Publishing, 2004.

Goforth, James A. When Steam Ran the Clinchfield. Overmountain Press, 1998.

Stevens, Mark and Peoples, Alf. The One and Only: A Pictorial History of the Clinchfield No. 1. Star Publishing, 2013.

Devault, David and Flanary, Ron. “You Scratch My Back and I’ll Scratch Yours.” Trains, January 1991.

Dolzall, Gary W. “The Case for the Clinchfield.” Trains, October 1983. 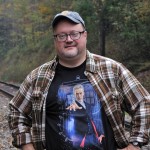 About the Author
Eric Miller is a lifelong resident of Southwest Virginia, and currently lives on a mountaintop near Wise, Virginia with his wife Rhonda, son (and budding railroad photographer) Tristan, and four mischievous cats. Eric has been a railfan since childhood, and has had his photography and writing published in Railfan & Railroad, Railroads Illustrated, Railroad Explorer, and The Railroad Press magazines, and his poetry and photography have appeared on the Lightsource Photographers Railroad Page.