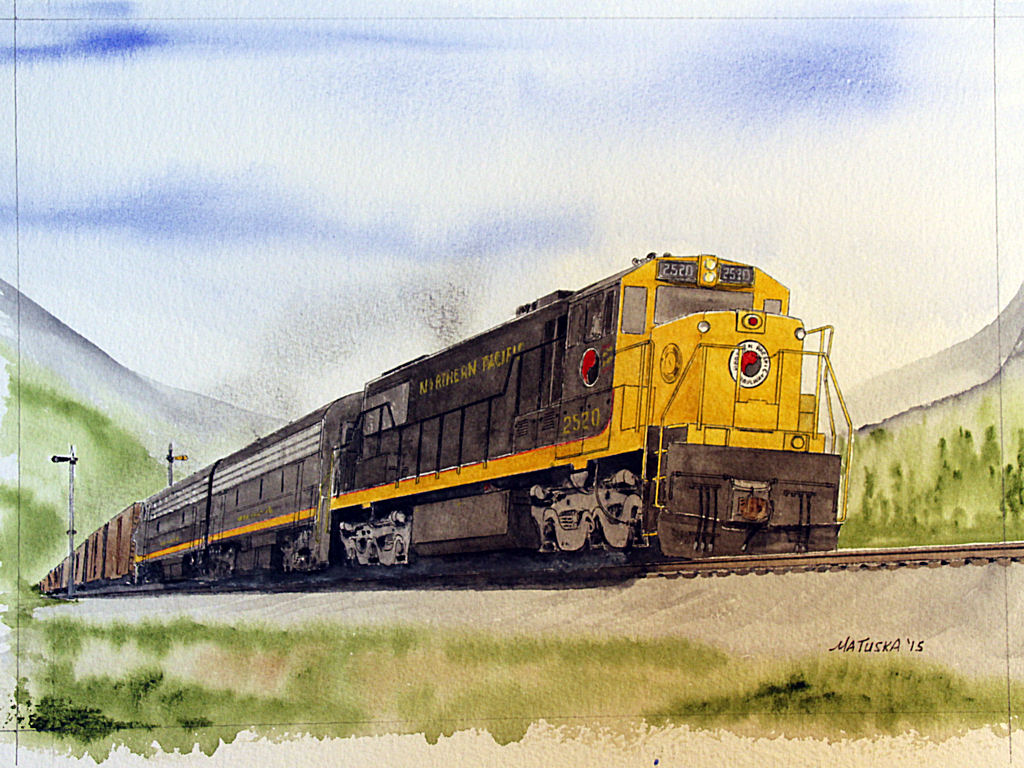 The Begining of it All

My passion for trains started back in the early 1960s when my Dad held me up to the window as the Chicago, Burlington, and Quincy Railroad Town Job would rumble by our house on the Southside of La Crosse, Wisconsin. The train usually had one SW1 switcher and as many as twenty cars for the industries along this spur line. It ran from the CB&Q’s north La Crosse yard to CTC Herrington, 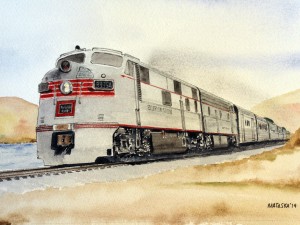 which was located in the southeastern part of town. As time passed, I became friends with all the crew members on this switch job, so much so, they stopped the train and let me board the wooden CB&Q way car. I rode along as they performed their duties at the local industries. More time passed and soon I was assisting in the switch moves themselves, under the watchful eye of the Town Job’s conductor.  These experiences meant more to me than anyone could know, a young kid that liked trains, running an SW1, blowing that Blat single chime horn and ringing the bell, I was hooked for a lifetime.

This particular crew enjoyed the fruits of my Mother’s labor as I traded homemade strawberry jam for fusees and railroad chalk.  Imagine my Dad’s dismay, when he wanted fresh jelly on warm toast and all he found was a bunch of chalk and fusees! Soon enough school took me away from the Town Job and the crews retired or took different jobs, so I peddled my bike to the Northside to sit and watch the trains in and around Grand Crossing.  I hung around the now Burlington Northern roundhouse and took many photos at the time. I wish I knew now what I didn’t know then about all that first generation power, the pool power, and the different paint schemes, and so on. More time passed and I now traded my bicycle for a car and set my sights on the Grand Crossing interlocking tower; where the Milwaukee Road’s double track crossed the BN’s single track at grade with all the operations being controlled by the man in the tower.  Soon enough I was throwing the levers and bending the iron and the tower man was handling the radio work, talking to the trains and dispatchers. I was hanging orders for the Milwaukee Road trains and hooping up orders to the Chicago and North Western trains that ran between Winona and Tunnel City on the Milwaukee Road. If there were issues with the interlocking, I would walk the intended route and flag the train through, two short whistle blasts told me they saw me and they were moving. What a life for a kid that loved trains, the working man and the railroads. 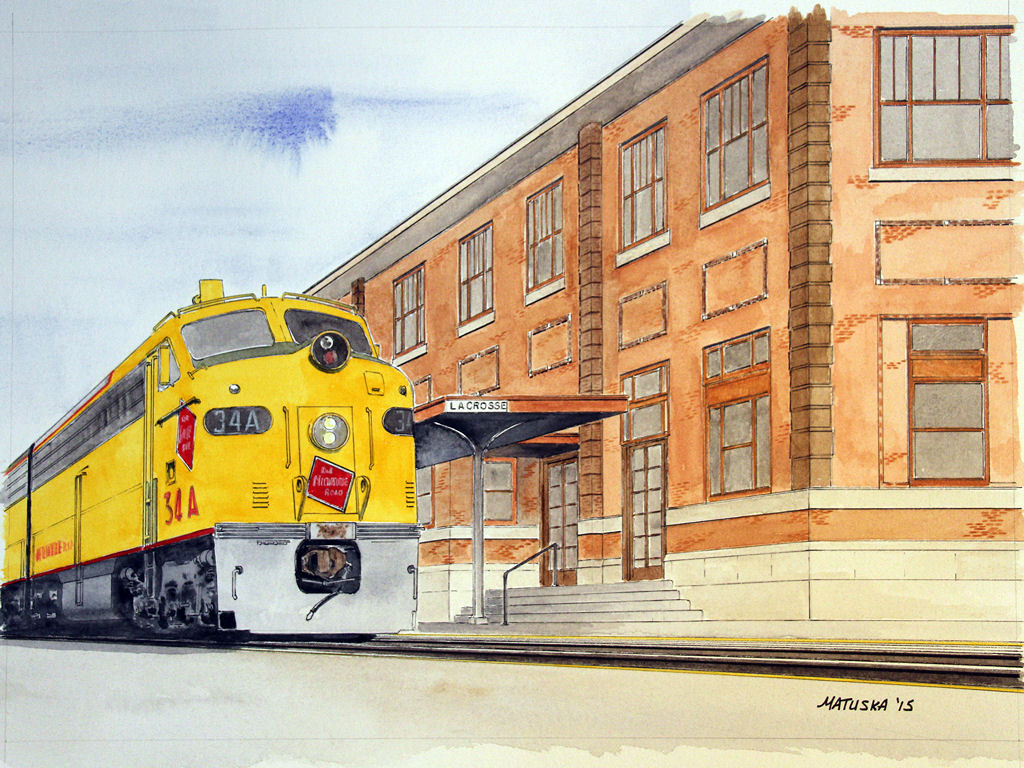 I took a Watercolor class and as the teacher painted flowers, I was painting diesels.

During High School, I was in the Boy Scouts and completed my Eagle Scout where you have the opportunity the spend a day with an employer of your choice, I chose the BN Railroad. The Boy Scouts set me up with the Road Master of Engineers and Firemen based in La Crosse. He had arranged for me to take a train from La Crosse to Prairie Du Chein and back. After introducing me to the crew, I was sat down at the controls of two SD40-2s and 120 cars and proceeded to run it to Prairie Du Chein. What a thrill! The train I was supposed to bring back was late so I had to ride in the Road Foreman’s car back to La Crosse, I really didn’t care I was in heaven. After High School I worked various odd jobs and then I received the call of a lifetime, the BN called and offered me a job as a Brakeman and the same day Dairyland Power Cooperative called and offered me a position within the utility. Talk about a difficult choice. Soon I was working in the Transmission Engineering area of Dairyland Power, enjoying the trains in the Grand Crossing Tower on the weeknights and weekends, I had the best of both worlds! All good things slowly come to a close, the Towerman I shared my time with retired and the now Soo Line closed the Tower. It was moved to Copeland Park next the CB&Q steam locomotive #4000, the Aeolus, Keeper of the Winds, and a wooden Milwaukee Road caboose. While at the Power utility I used my free time to draw trains in both pencil and ink. It was then I tried my first watercolor, but decided to stick with black and white artwork for a while. I drew up a set of seven pen & ink scenes and these were so well received, I did another set of three and started the model train show scene. Soon I tried watercolors again, it wasn’t pretty. I took a watercolor class and as the teacher painted flowers, I was painting diesels. There have been so many changes in the railroad scene in the last 40 years. This explains why I paint what I do: the history, what once was common, the railroads before the mega-mergers, the depots before they were torn down, steam before diesel, and diesels that were unique all to their own. 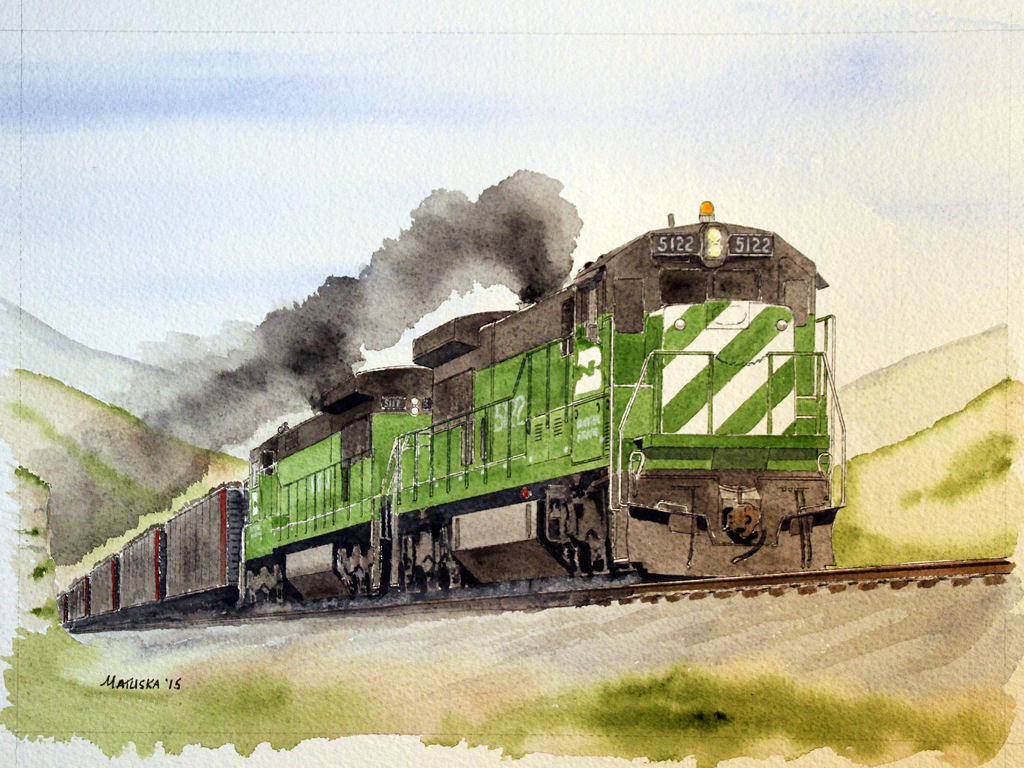 I accept all commission work if someone has a particular scene or railroad they are fond of and would like to see as a piece of quality art that makes any railroaders or railfan’s day. I have done many retirement paintings featuring the railroad where the retiree started with, and their name on a station sign somewhere in the painting itself. Almost all of my artwork can be seen on Facebook under Matuska RailArt page, feel free to stop by and take a look, I’ve also painted trucks, cars and vintage WWII aircraft as well.

More of Jim’s watercolors can be viewed on his page.
Matuska RailArt 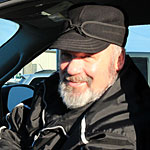 About the Author
I’ve lived in La Crosse all my life and recently retired after 39 years in the Civil Engineering field, which gave me my eye for details that cover many steam and diesel locomotives. My wife, Dorothy works at a local Bank and my son, Andrew, is a Locomotive Engineer for the BNSF Railway based out of La Crosse. I’ve always thought that Andrew is living out my dreams, but I have the memories. My artwork is all original, and I don’t make prints of my work because I want the person who purchases an original to have “the original”, not a copy. I paint what I feel unless it’s a commission where then I’ll do what I am asked. I like to paint the diesels and steam locomotives of the older Fallen Flag railroads the best as they seem to bring back the best memories. I paint on 300# paper which stands up quite well to watercolors and depending if I use hot or cold pressed paper, the desired effect of the colors being put down.