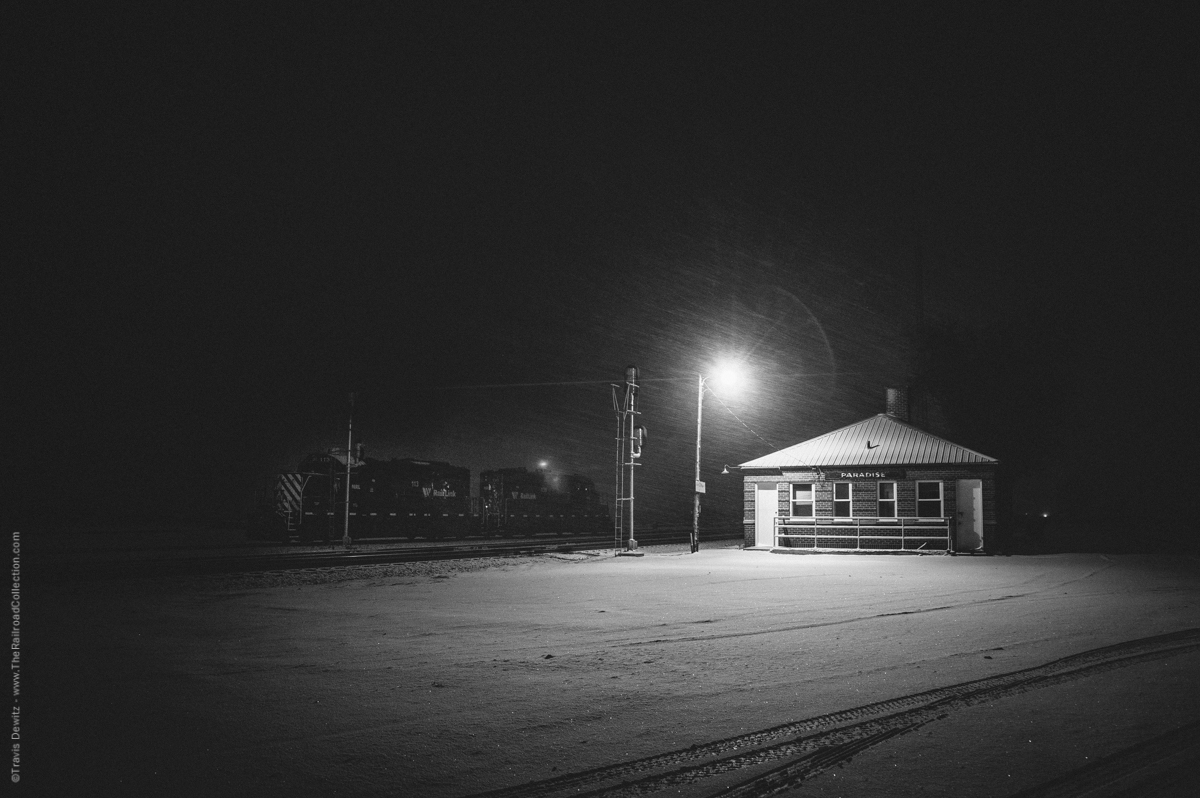 A place where it all comes together, Paradise, Montana. It is March, 2015, a strong wind whips the falling snow throughout western Montana including in Paradise. Two Montana Rail Link geeps sit in the yard next to the old depot. These locomotives are used for the Paradise local that serves the area.

The tracks were first laid here in 1883 by the Northern Pacific Railway. That same year, Paradise was born. Many argue that the name originally was “Pair o’ Dice” but not by the railroads accounts. This was NP’s division point and also where crews would set their watches forward or back to compensate for the time zone change (Mountain-Pacific) on their mainline to the west coast.

The Northern Pacific Railway also operated a tie treating plant here where timber ties were creosoted. The plant was destroyed by fire.

Paradise is wedged between the Coeur d’Alene Range to the south and Cabinet Range to the north along with the Clark Fork. The second highest peak of the Coeur d’Alene Range towers over Paradise, Patricks Knob(6,837 feet). Just to the east is where the Flathead River meets the Clark Fork. At this junction, the Reservation Divide comes to a point with the other two ranges creating tri-point. These three ranges protect the 2,500 foot lower valley of the Clark Fork River, which has mild winter weather comparable to the Pacific maritime. Plains, MT just west of Paradise was once called Wild Horse Plains. Native American use to winter there horses there.

It followed along what was once an Indian Trail and later a wagon trail up Evaro Hill to the Clark Fork. 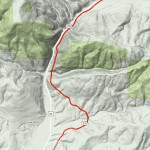 Paradise is also where the MRL’s 10th Subdivisions meets the 4th Subdivision. The 10th Sub was Northern Pacific’s original route west from Missoula. It followed along what was once an Indian Trail and later a wagon trail up Evaro Hill to the Clark Fork. The grade up Evaro hill is 2.2% in both directions which made for a tough climb. In 1909, NP finished the low line that ran along the Clark Fork. The low line or river line is 20 miles longer and is the route mainly used west from Missoula. The line up Evaro became known as NP Passenger Line and today is used by MRL’s gas local and some empties.

So as you can see, Paradise is where two rivers, three mountain ranges, and two rail lines all come together. With the great mountain scenery, this place really is Paradise.