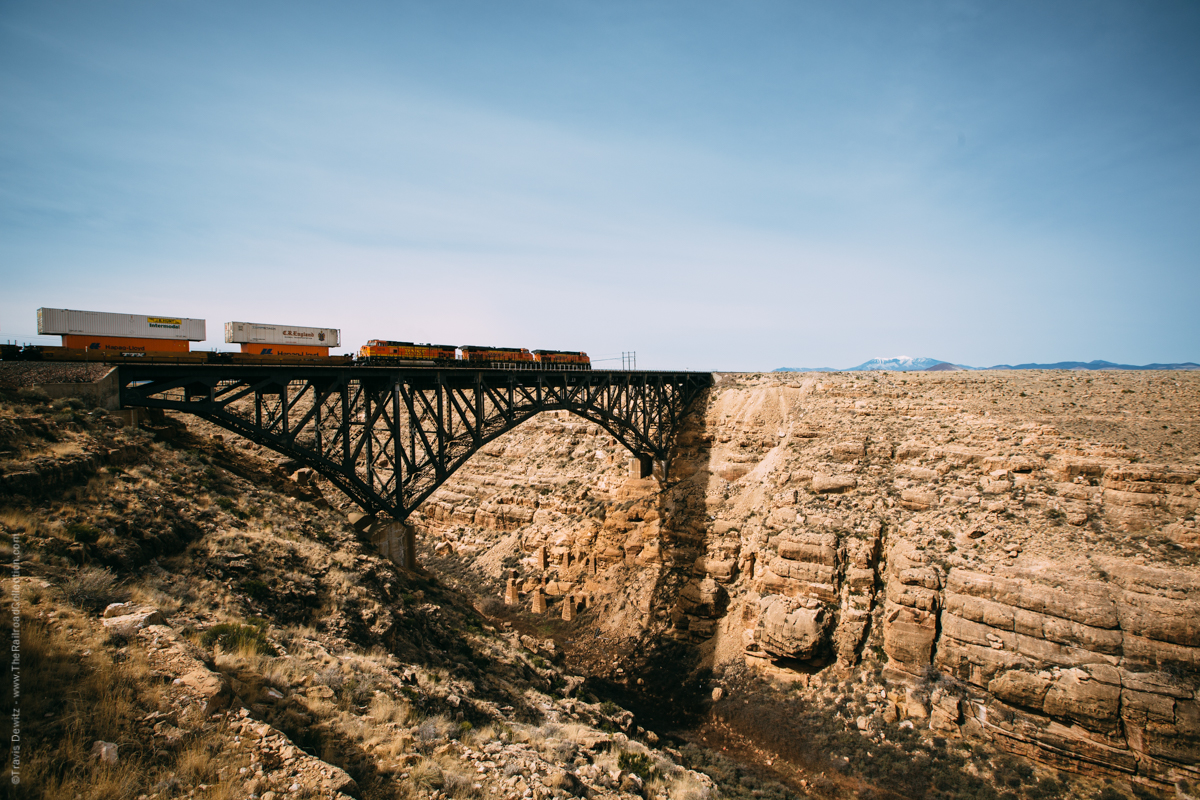 Hell Street was an appropriate name for this lawless place. It was lined by fourteen saloons, ten gambling houses, four brothels and two dance halls, all which were open twenty-four hours a day. 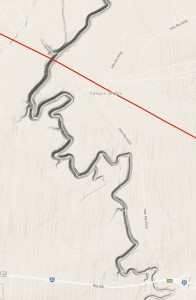 Canyon Diablo, also known as the “Devil’s Canyon”, is located on a Navajo Reservation in north central Arizona. The town of Diablo Canyon use to exist where the BNSF Railway now spans the deep canyon west of Winslow, Arizona and a few miles north of Interstate 40. The drive down the rocky dirt road off Interstate 40 is horrific. When the road ends, you will need to walk in a ways through the rattle snake filled desert landscape. The canyon is not visible as you walk towards were you think it is located and all you will see is endless flat desert. The canyon suddenly emerges as you are just yards away from the steep rocky edge. This intermodal train is flying west towards Flagstaff on the Seligman Sub. Just north of Flagstaff is Humphrey’s Peak which can be seen in the distance.

The town of Canyon Diablo was very short lived with a very dark and seedy history. The town sprang up as a railroad work camp on the west side of the canyon in 1882. There was a six month delay in bridge construction across the canyon because the bridge built for the Atlantic and Pacific Railroad was too short. As workers waited for the new longer span to be completed and delivered, they built the bridge foundations and layed wooden ties in place until the steel rail was able to cross over the canyon. The camp quickly grew into a town of 2000 people which was centered around Hell Street. Hell Street was an appropriate name for this lawless place. It was lined by fourteen saloons, ten gambling houses, four brothels and two dance halls, all which were open twenty-four hours a day. This was a very dangerous place and even the stagecoach from Flagstaff was frequently robbed. Finally the town got their first lawman who was murdered five hours after being sworn in. Five more marshals were also murdered with the longest lasting a month. The railroad bridge was completed in 1903 and the town quickly died.