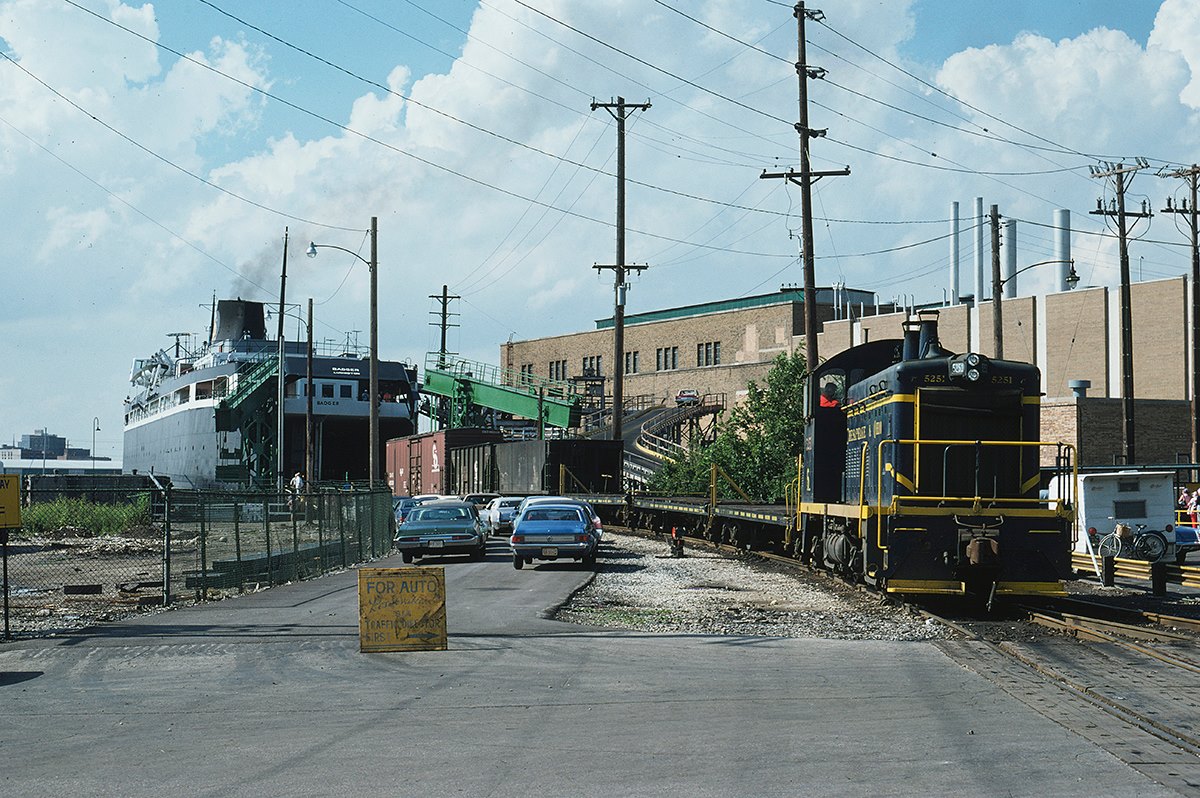 The S.S. Badger continues to steam across Lake Michigan carrying travelers and tourist between Ludington, Michigan and Manitowoc, Wisconsin. With the help of over 50 crew members, the S.S. Badger makes roughly 450 trips across the lake every year. This huge seven stories tall ship can hold 180 automobiles below deck including over the road trucks. The Badger’s route is a continuation of US Highway 10. The benefit of taking the ferry is being able to bypasses going around the lower tip of the lake and the Chicago metro. Instead, you are able to sit back and relax on the four hour trip across the lake.

As the only coal-fired steamship in operation in the United States, the S.S. Badger operates on domestic fuel, and the company has an extraordinary commitment to maintaining a unique propulsion system that has been designated as a national mechanical engineering landmark. The S.S. Badger offers an authentic steamship experience unmatched anywhere else. ssbadger.com 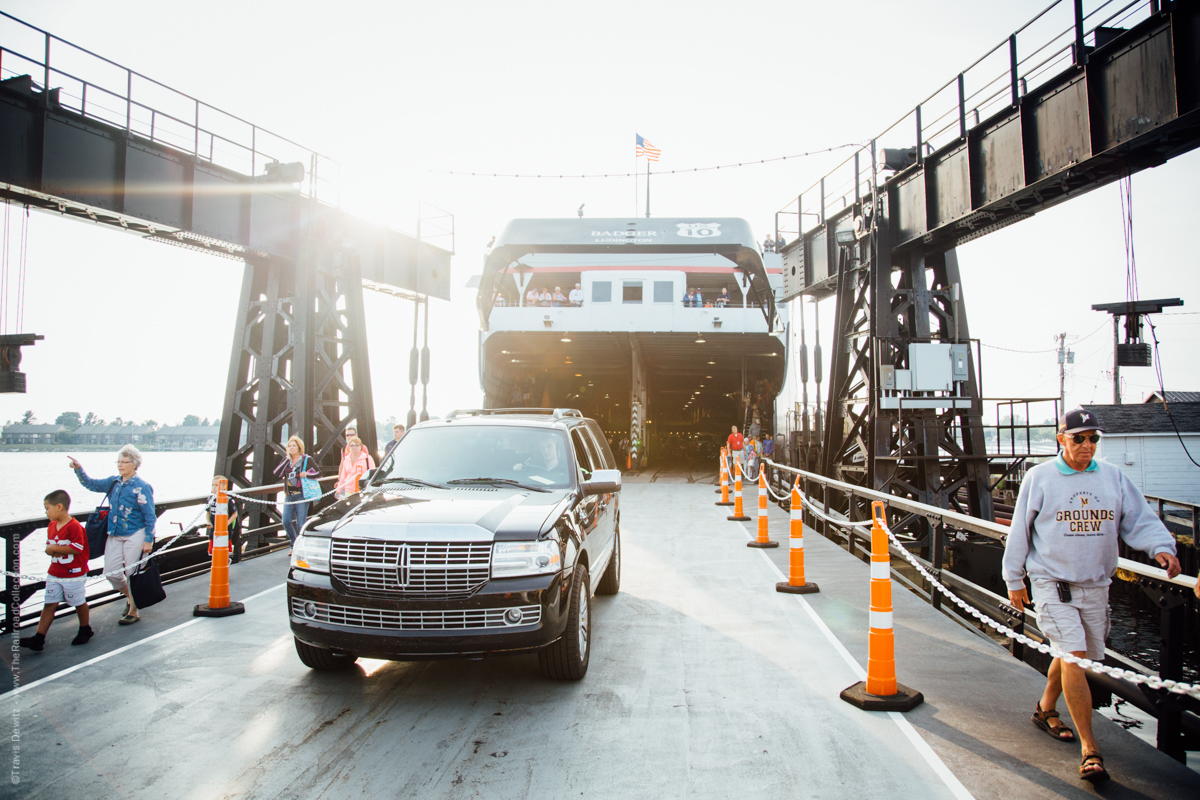 History of the S.S. Badger 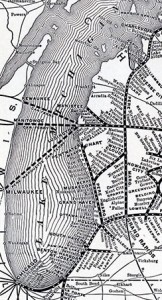 The S.S. Badger was built by the Chesapeake and Ohio Railroad in 1953 to haul mainly rail freight cars between Ludington and her Wisconsin ports of call which included Manitowoc, Milwaukee, and Kewaunee. The Badger and her twin, the S.S. Spartan, were the largest ferries ever to sail Lake Michigan (named after the University of Wisconsin and Michigan State University football teams) and both had superior passenger accommodations as well. They were the last car ferries to be built. The Badger was retired 37 years later in November, 1990, the last of the railroad ferries to be retired. Less then a year later, the steamboat S.S. Badger was back in service with a new job catering to the tourist industry, a job she still holds today.

Railroads had been using ferries the previous 61 years on Lake Michigan before the Badger was built. Ann Arbor was the first railway to cross the lake via boat and the C&O was just one of the handful of railroads that used the lake as a means to bypass the congested railyards of Chicago. Chicago could delay train cars easily up to four days and even over a week due to the traffic in the railroad capital. The car ferries at that time worked all year, even through the winter. They needed thick steel hulls to act as ice breakers to cut across the lake during those cold winter months. The railroad car ferries started to be discontinued in the 70’s due to low traffic levels which made them obsolete and unprofitable.

Last year I was able cross Lake Michigan aboard the S.S. Badger. The large vessel affords plenty of room to walk around and enjoy the views of the lake. There is a kids room, small movie theater, food courts, and plenty of seating. The ship is one big floating museum with its historical hardware still in use. The lightly sweet smell of coal smoke could be smelled occasionally as I walked the narrow walkways along the outside edge. All the cars and trucks where packed in below deck and access closed off. Cars used to be backed up long twisting steel ramp and parked on the upper level when railcars use to fill the deck below. The steel rails are still there but will never be used again. 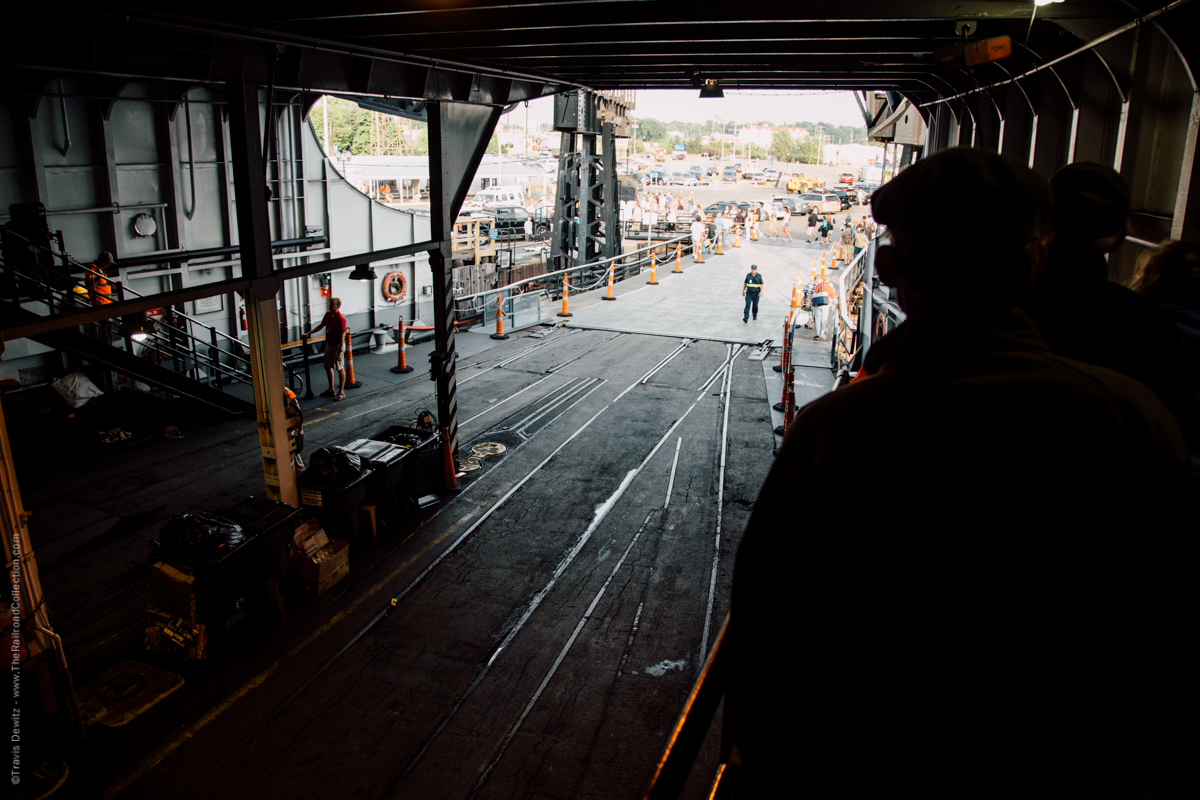 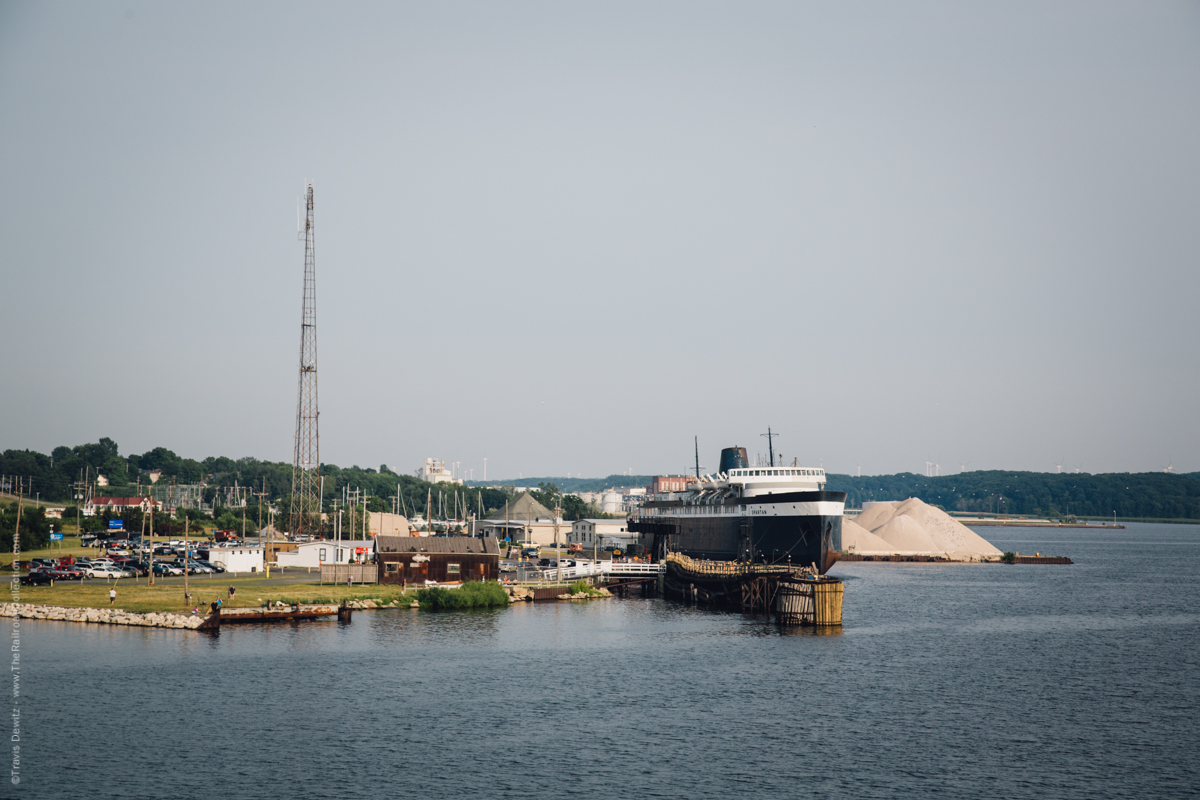 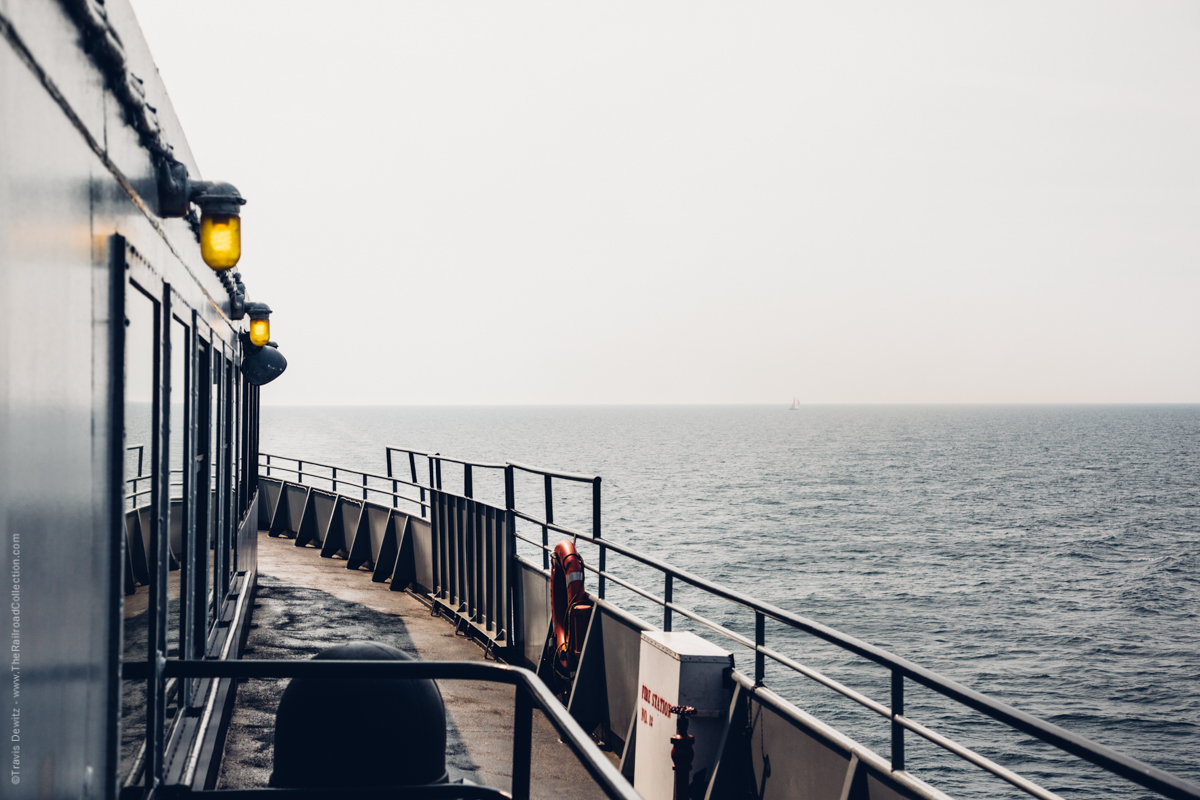 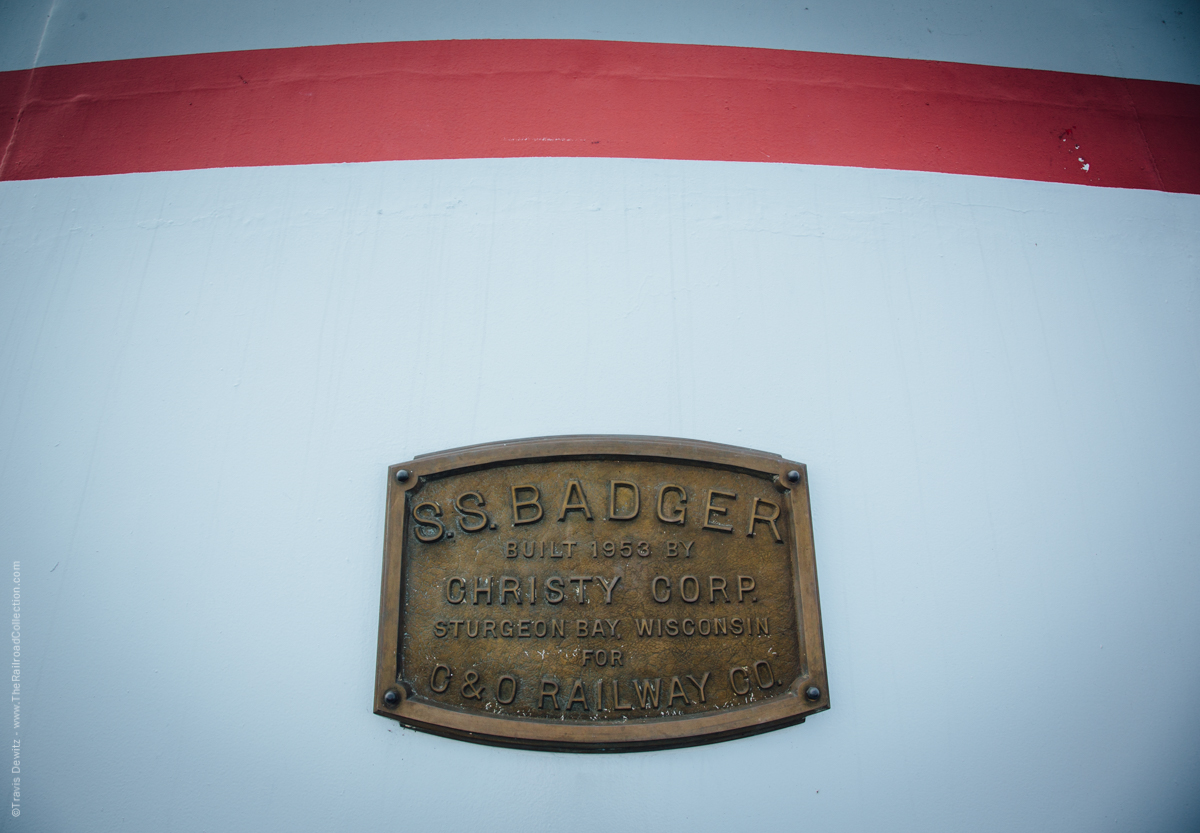 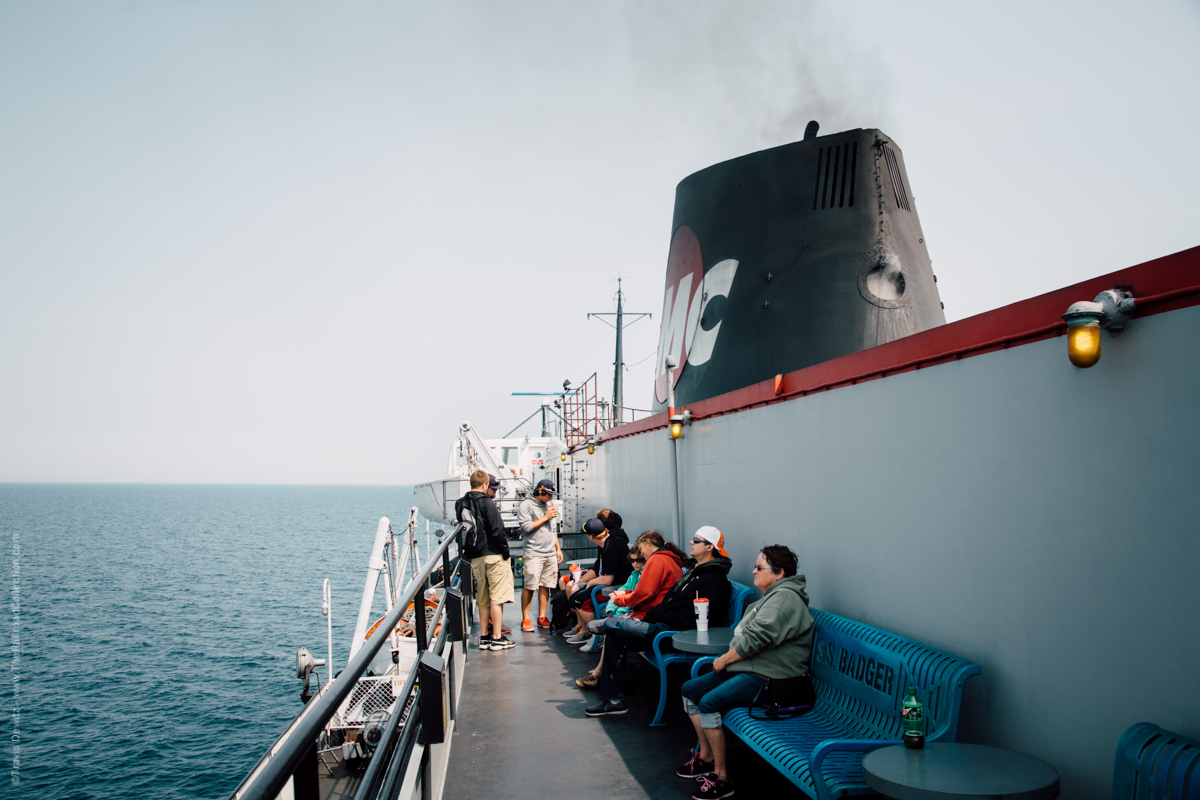