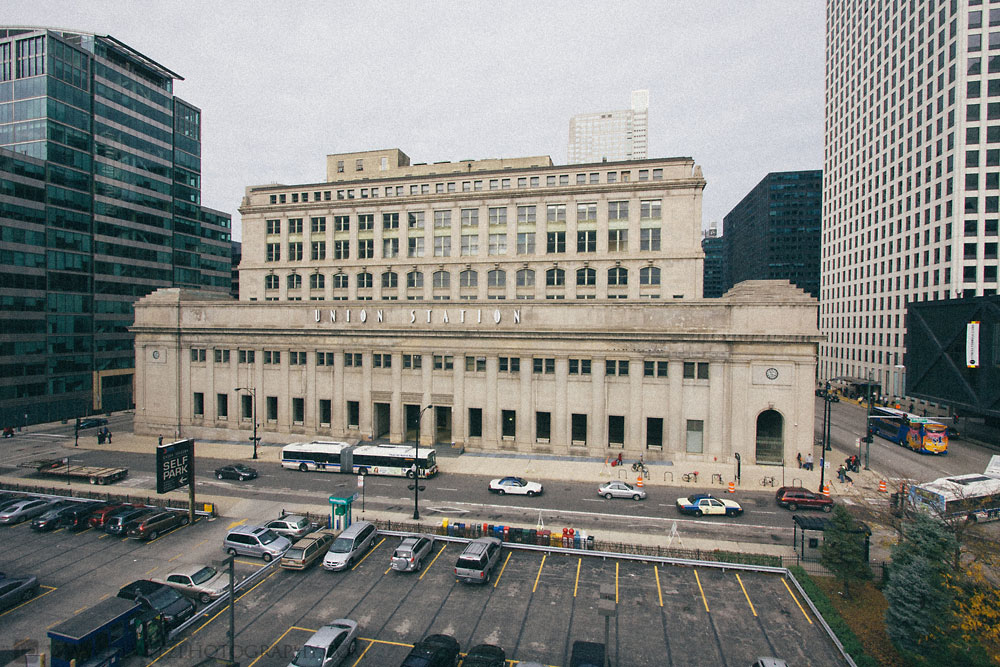 Chicago Union Station is the transportation of Chicago and possibly of America. Walking into this massive stone structure is breath-taking  as you look up at the stone pillars that rise up over you. The main hall is massive in size with large lit train schedules in the center. The marble stairs are slightly worn down from the millions and millions of foot steps that have traveled up and down them. The station serves Amtrak and Metra along with an endless supply of taxi cabs outside.

Union Station is a major railroad station which opened in 1925 in Chicago, replacing an earlier 1881 station. It is now the only intercity rail terminal in Chicago, as well as being the city’s primary terminal for commuter trains. The station stands on the west side of the Chicago River between Adams Street and Jackson Street, just outside the Chicago Loop. Including approach and storage tracks, it is about nine and a half city blocks in size. Its facilities are mostly underground, buried almost entirely beneath streets and skyscrapers.

Union Station is laid out with a double stub-end configuration, with a total of 24 tracks coming in to the station from either the north or south, with most terminating within the station. There is a pass-through track to allow movement between the north and south side. Between the north and south sides of the station is a passenger concourse. Passengers can walk through the concourse to get from any platform to any other without stairs or elevators. Odd-numbered platforms (1–19) are on the north half of the station, and even-numbered platforms (2–30) on the south half. The northern platforms are used for Amtrak services to Milwaukee and Seattle; and the Metra Milwaukee District West, Milwaukee District North and North Central Service lines; the southern platforms are used for the rest of the Amtrak and Metra services. Two station management structures – known as glasshouses – one on each side of the terminal, monitor train to track assignments and the flow of traffic in and out of the station. Actual oversight and control of switching and signalling is accomplished by two “train director” positions, one for each side of the station, located in the Amtrak control center in the headhouse of the station.
Inside the concourse are ticket counters for both Metra and Amtrak services, as well as three waiting rooms and a baggage claim for Amtrak passengers, a set of restrooms, and offices for Metra and Amtrak.

I hope you enjoy the images. 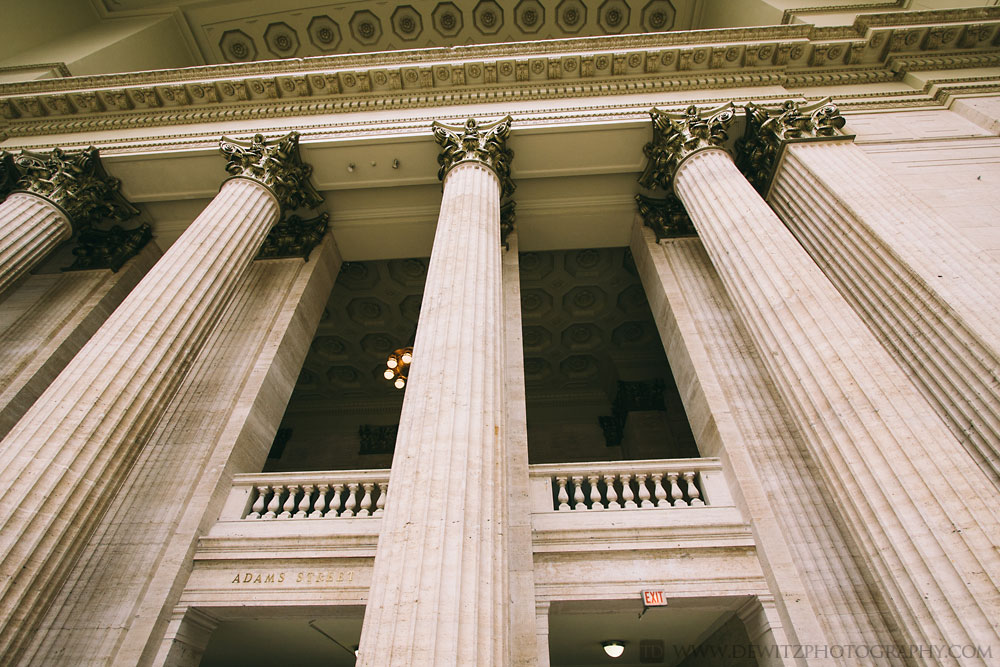 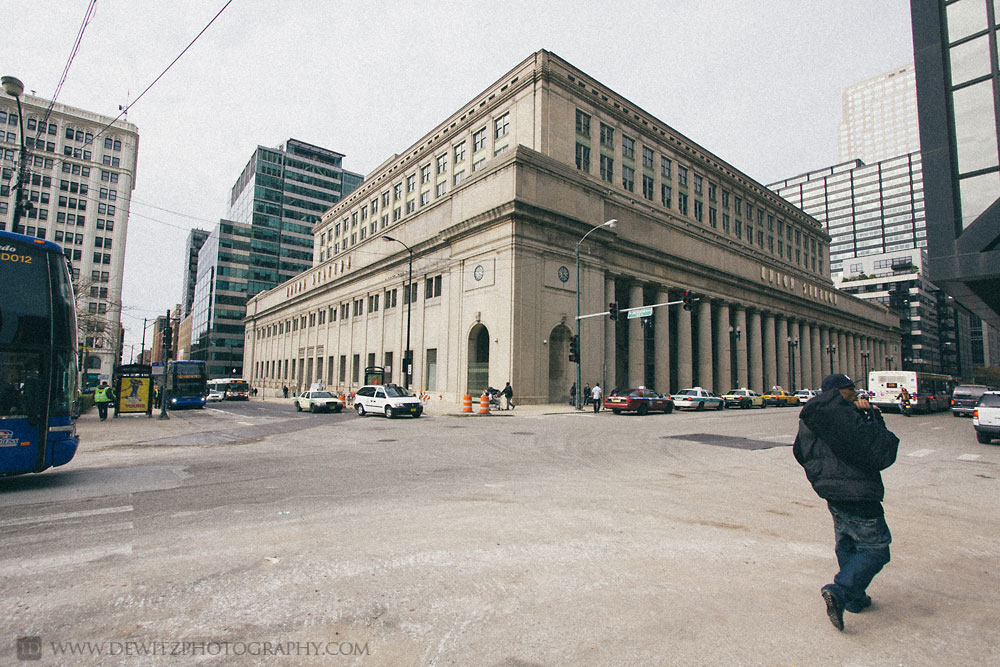 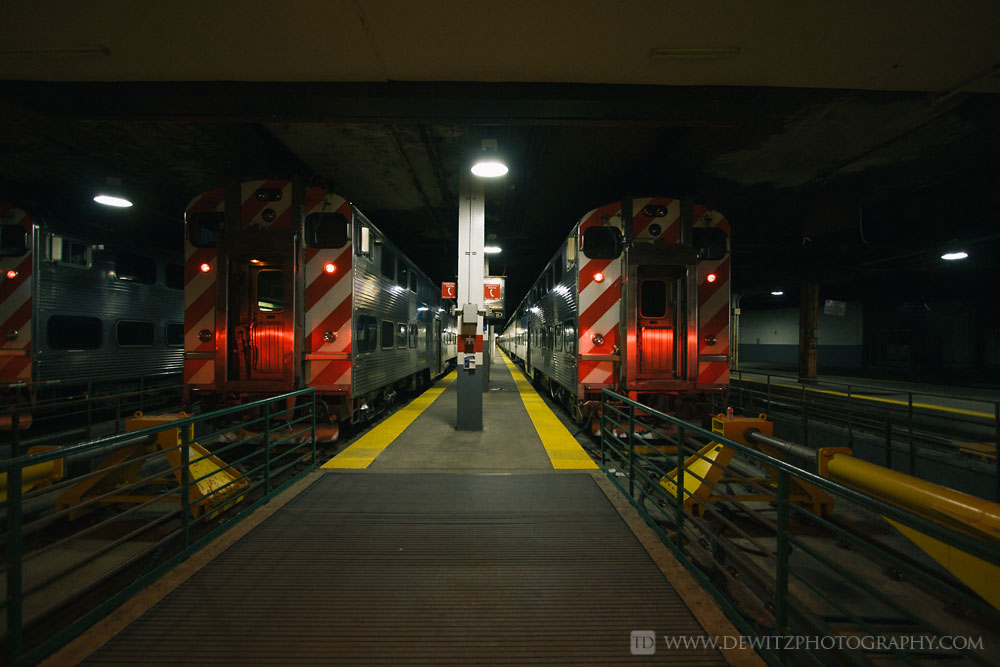 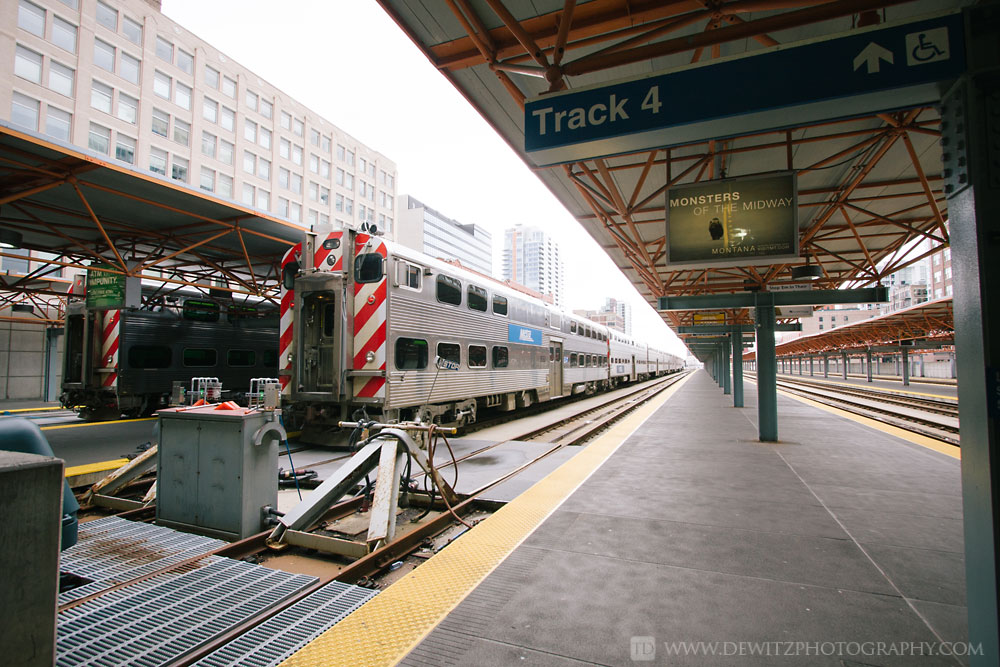 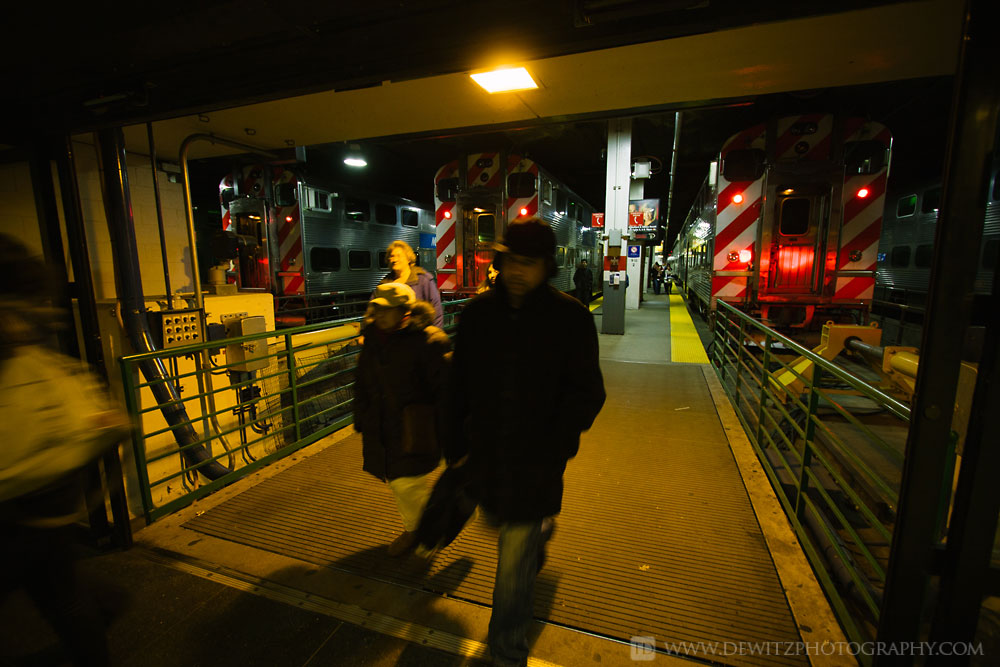 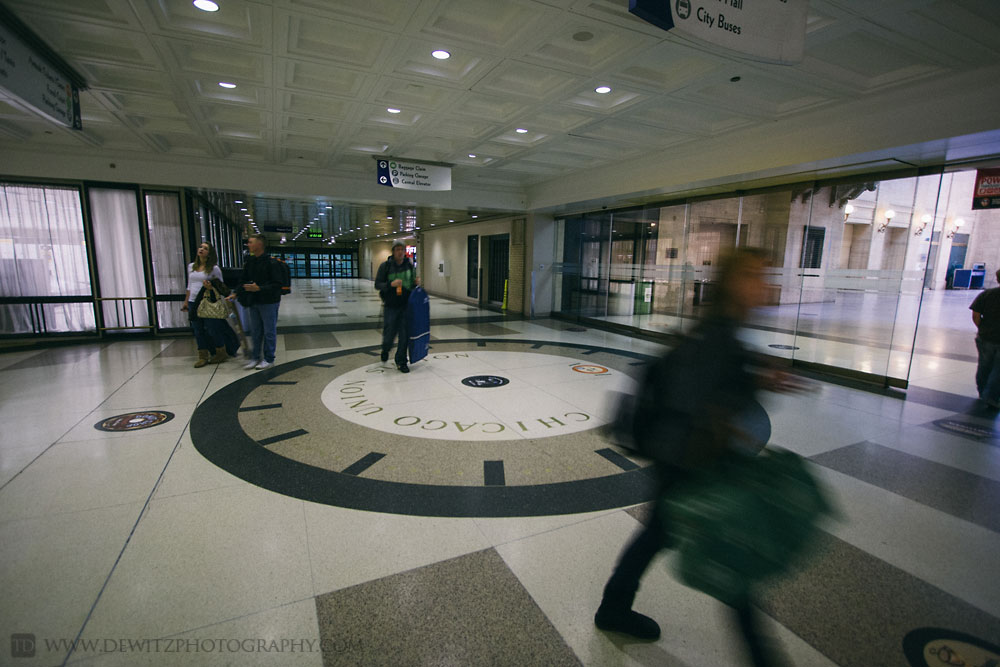 “Have you ever visited Florence, Italy? and toured the Medici Tombs. wow… Your images of the Union Station in Chicago brought back that experience to me. Your photos impressed me more with what I didn’t see, as much as the lens chose for us to see the expansive sociofugal spaces accommodating that little kiosk in the center with the analog clock.  Like visiting the oracle of Delphi with no seating for people. Most of the people who get off the train don’t go to that space anyways. The building is a photograph in its own entangled way reflecting the patterns of future past.” ~ Daniel Goudy 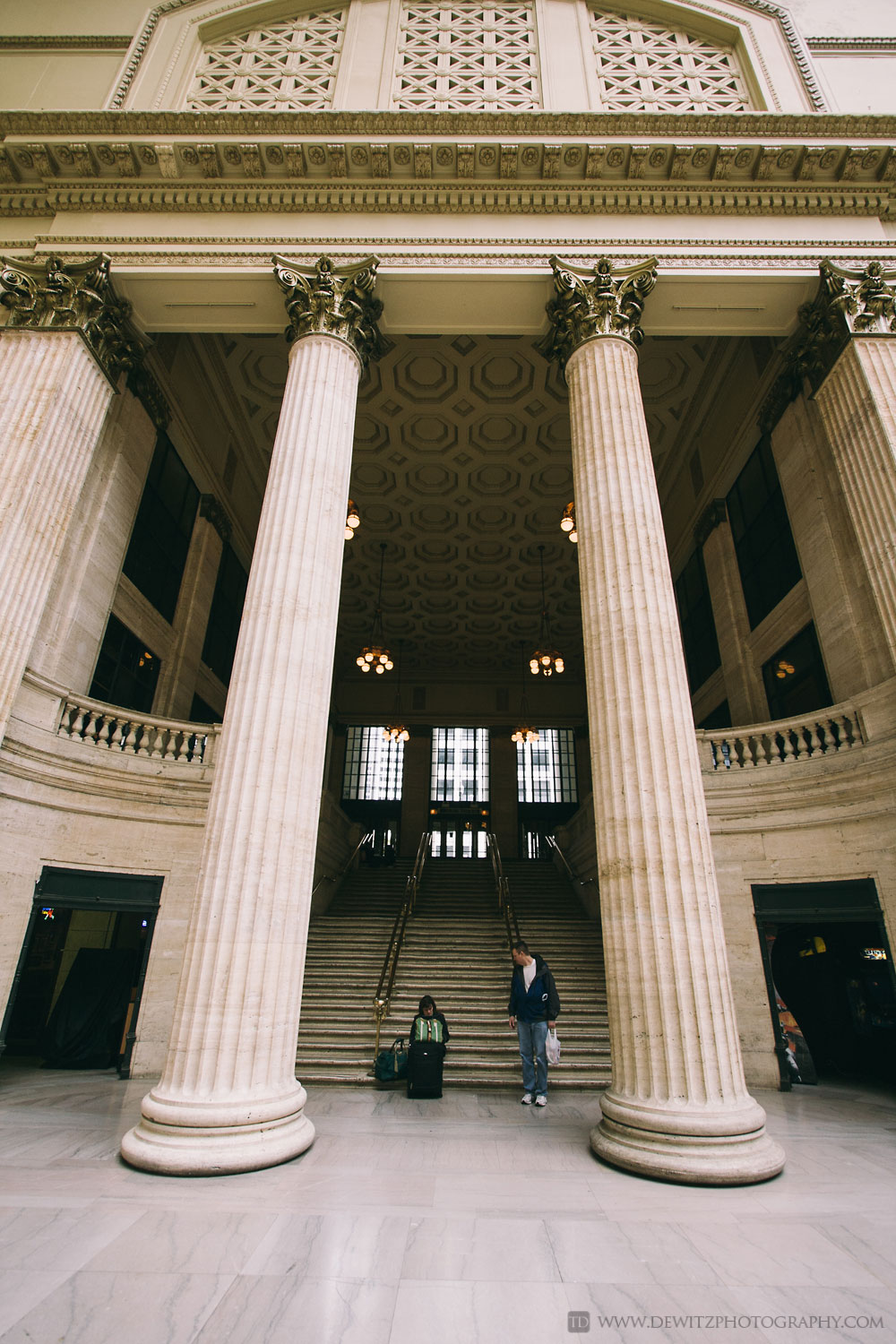 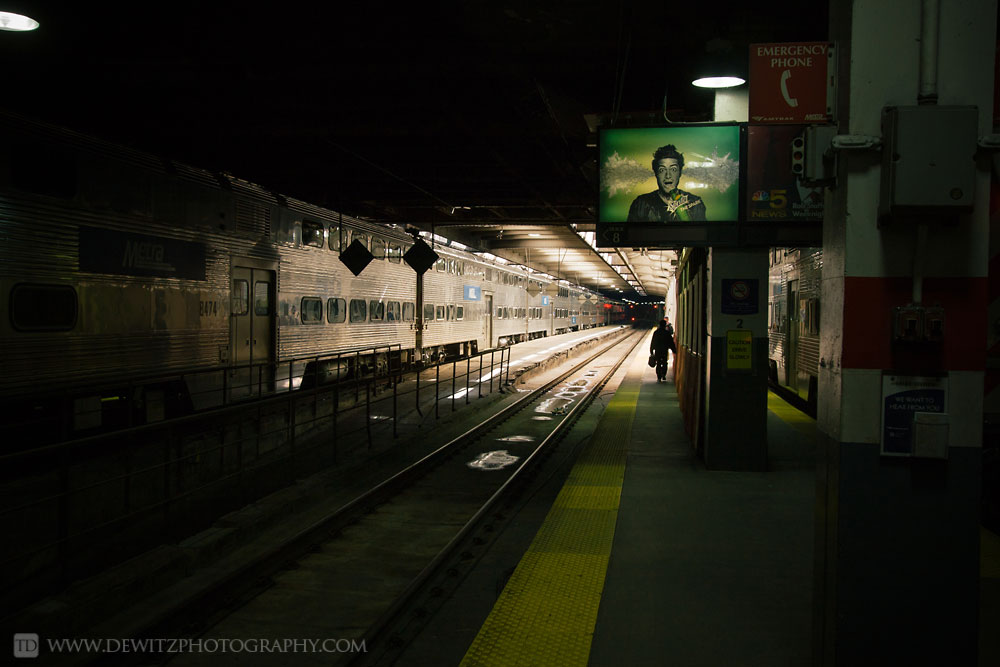 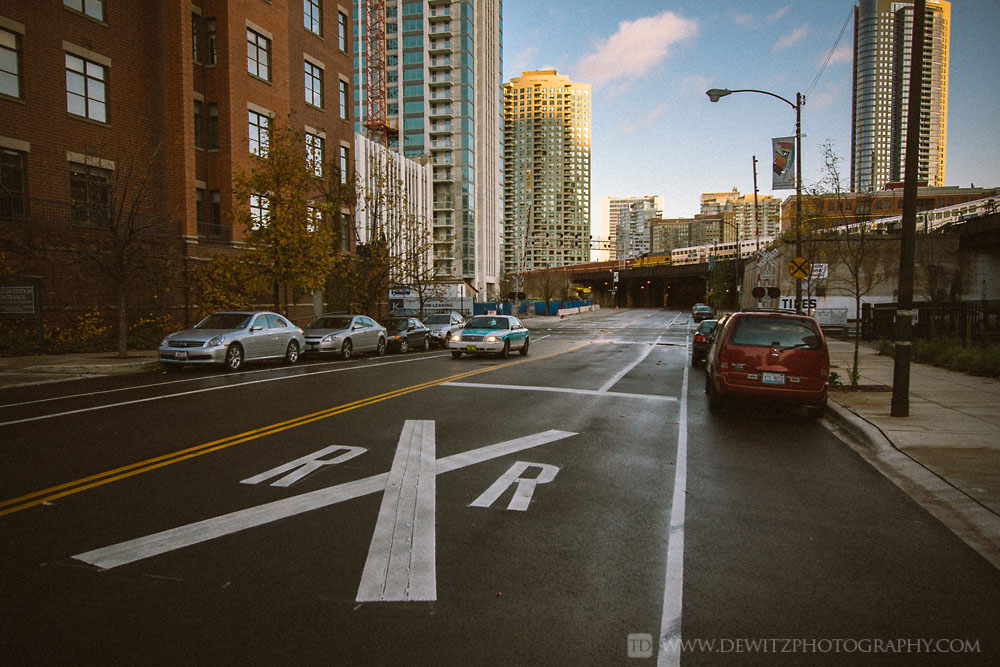 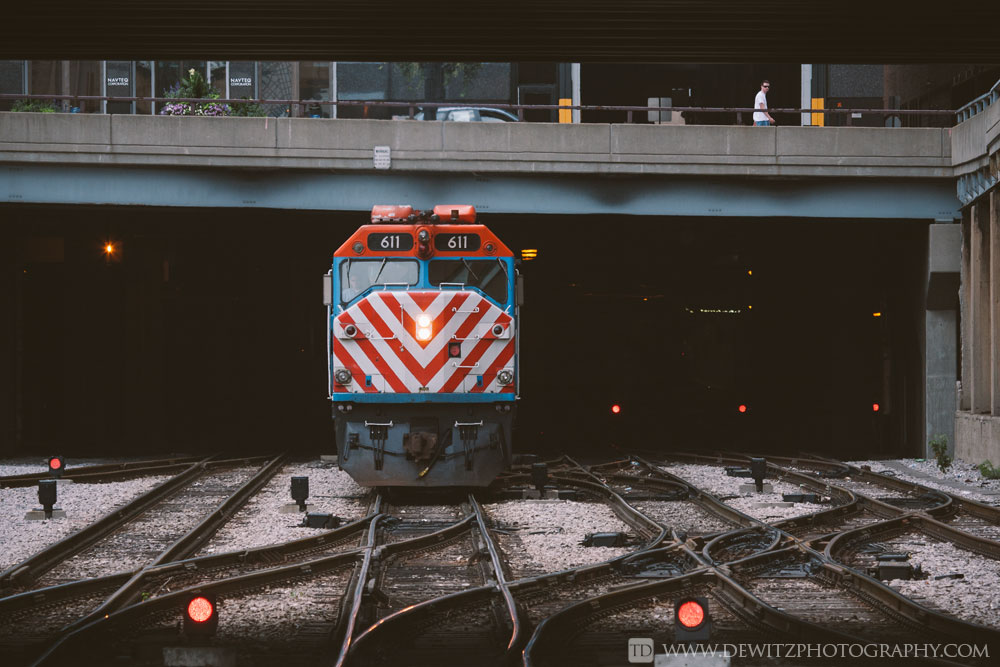 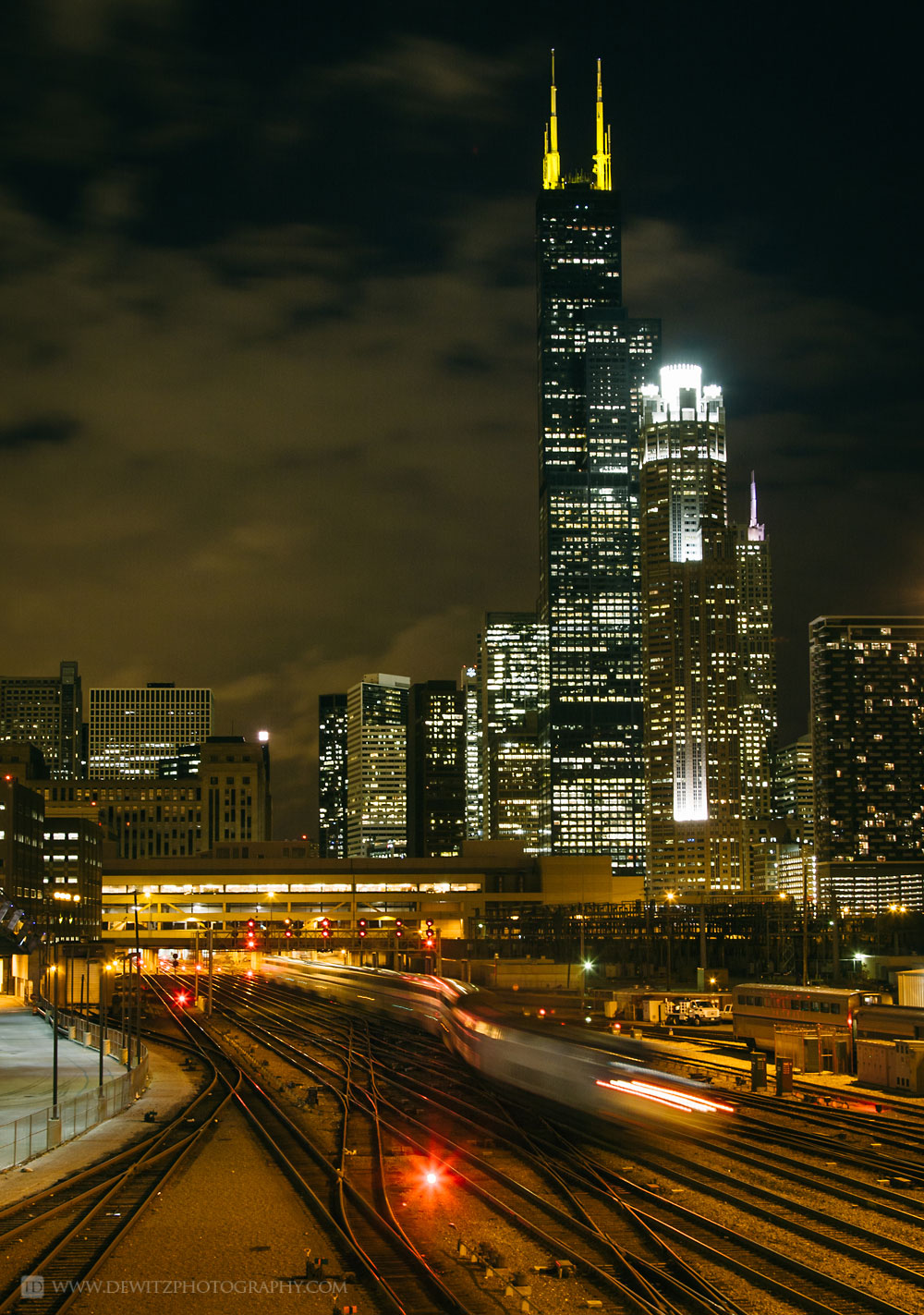 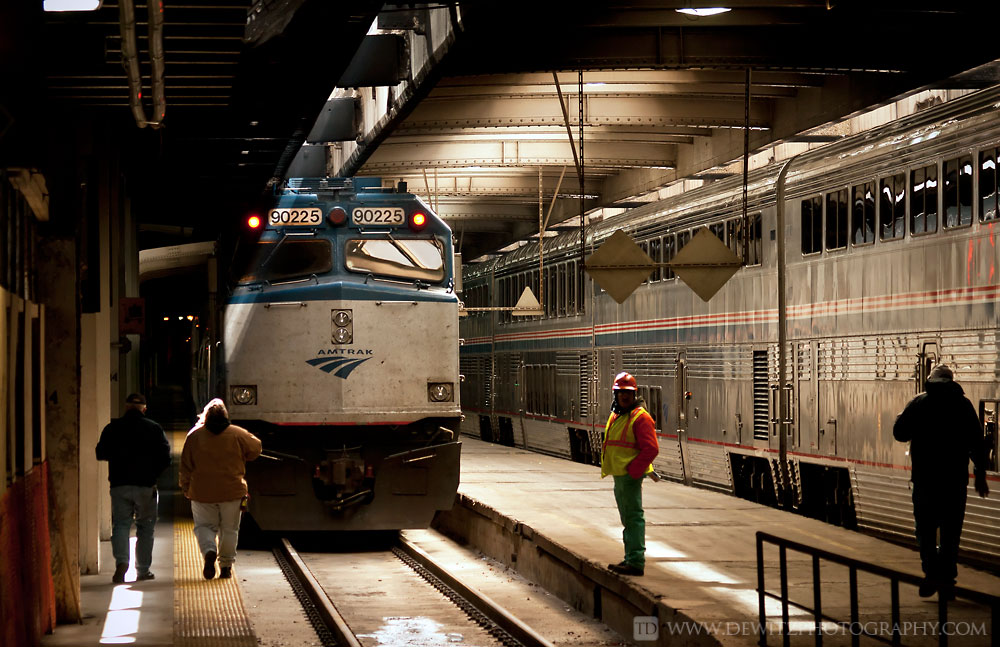 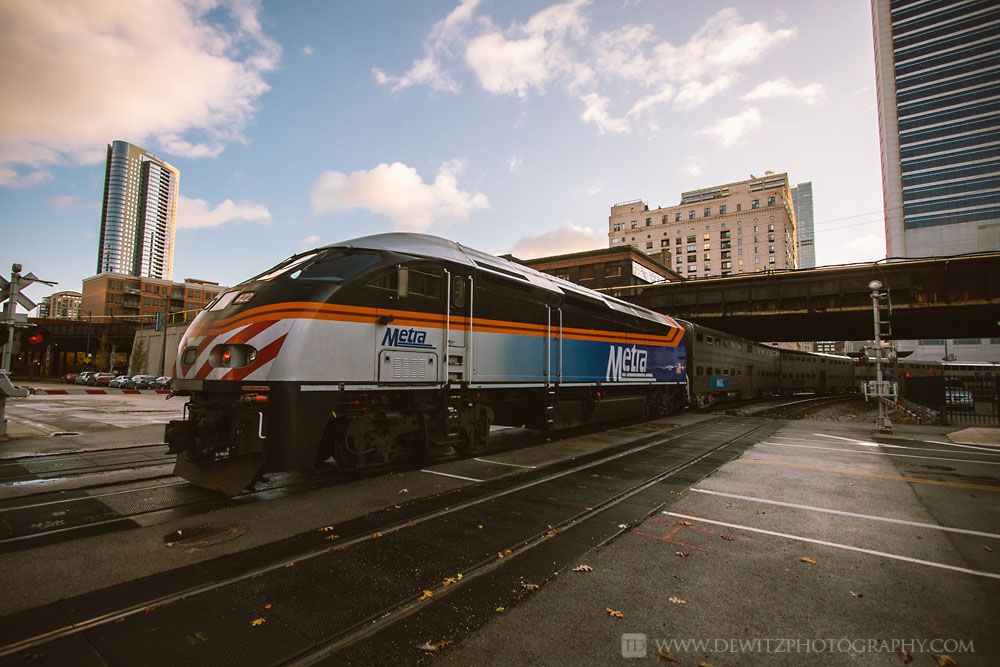 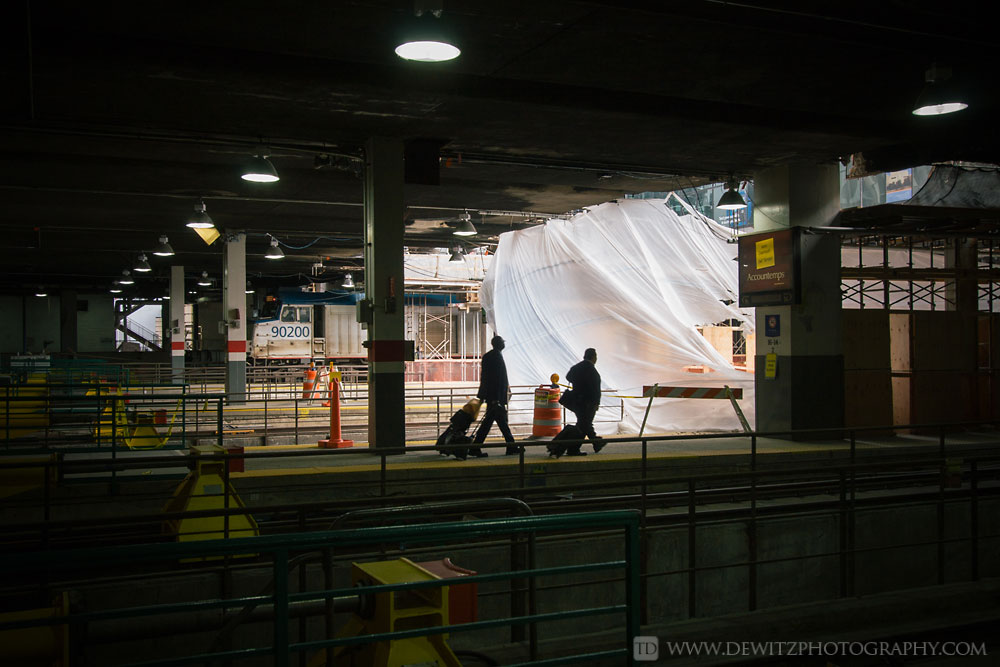 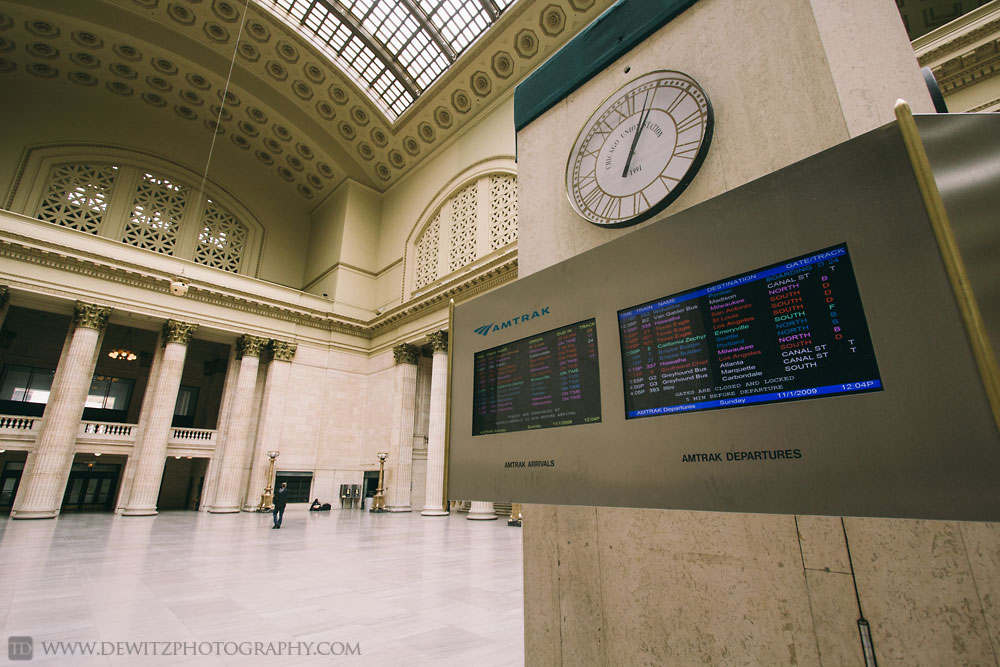 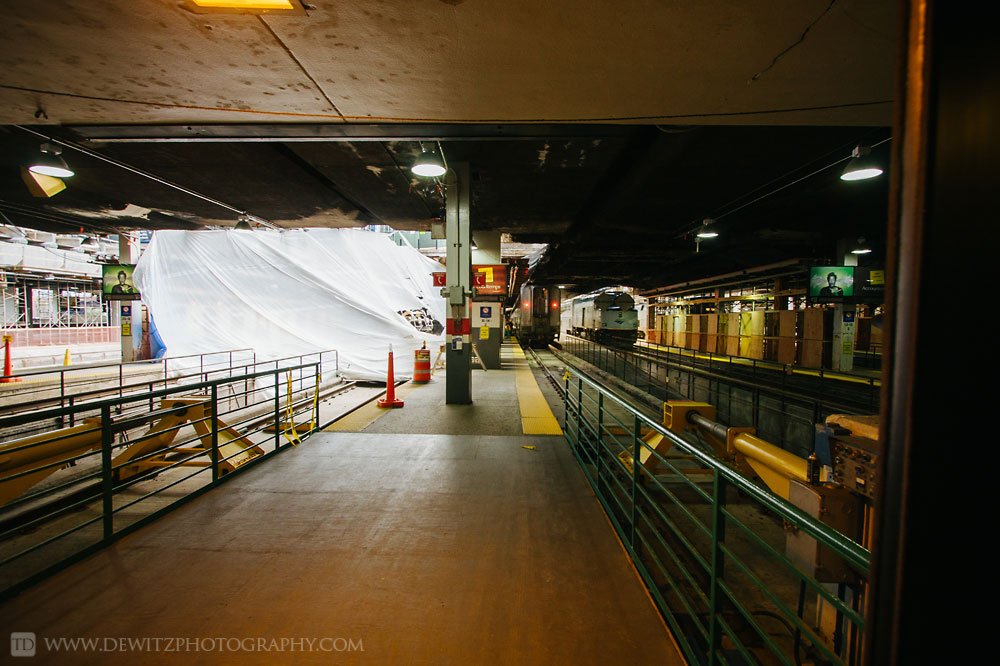 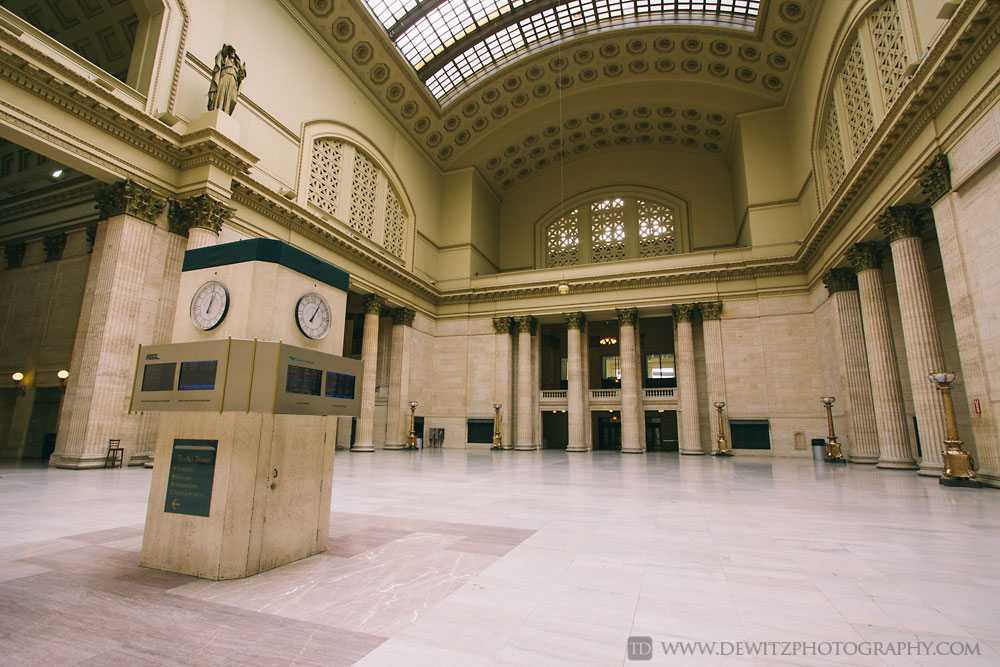 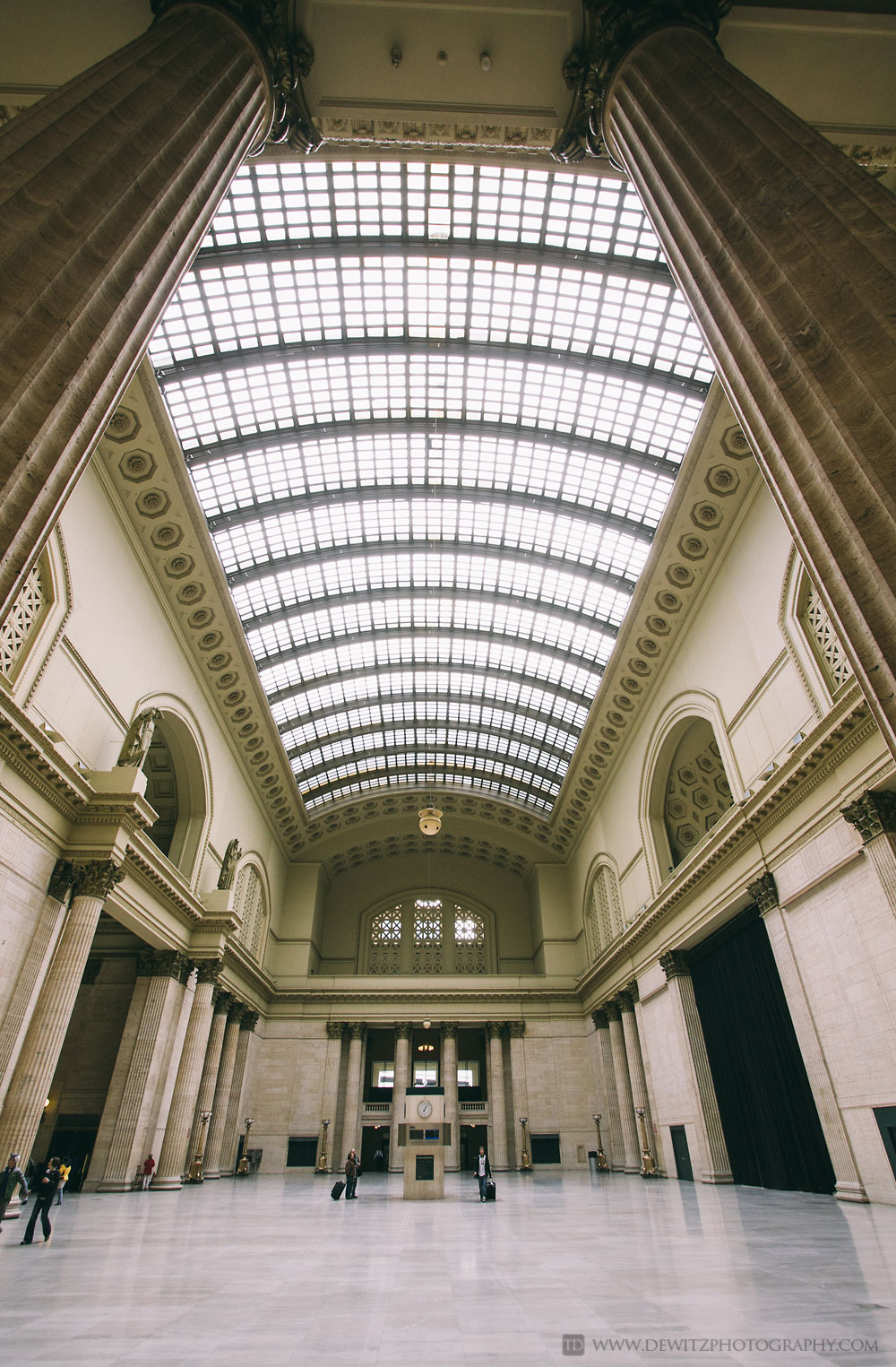 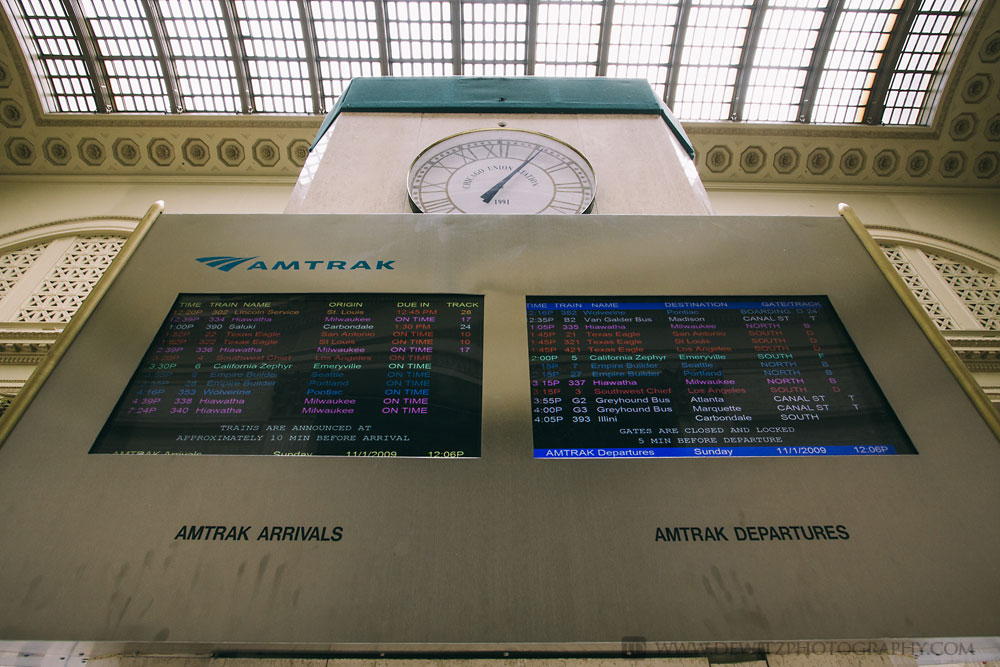 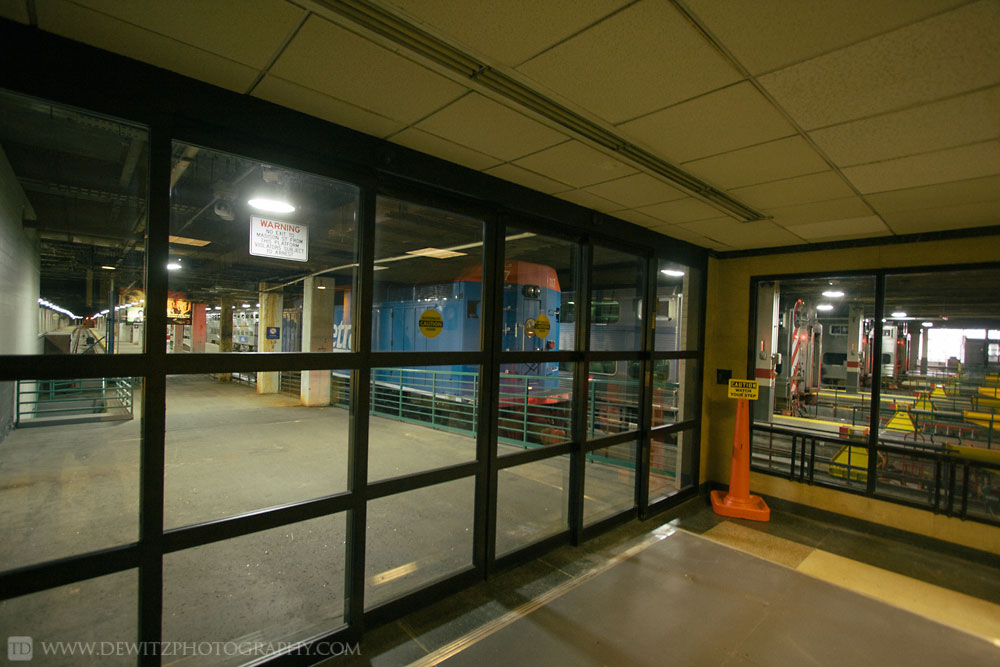