The two railroad maps below can be downloaded and used for free. They were made in 2010 and some information on the maps has changed since they were made. Neither map was 100% completed, so there is missing information on both maps. To download the maps below: Click on the map (should open full size in new window), Right-click copy image. 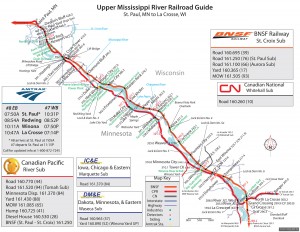 This railroad map of the Upper Mississippi River covers the BNSF and Canadian Pacific trackage between St. Paul, Minnesota and La Crosse, Wisconsin.

Disclaimer: This map is outdated and incomplete. 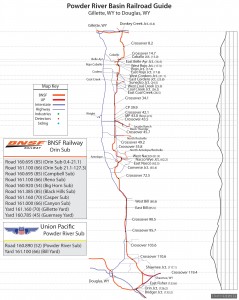 This Powder River Basin Railroad Guide will help you find your way around the famous coal deposits of the PRB. This map includes BNSF and Union Pacific trackage between Douglas and Gillette, Wyoming. Also included on this map; mileposts, crossovers, towns, roads, station names, junctions, and scanner frequencies. There is also a corresponding elevation chart on the right of the Orin Subdivision.

Disclaimer: This map is outdated and unfinished. Roads in this area can change. 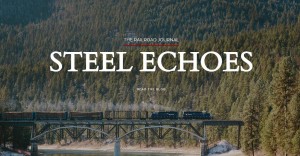 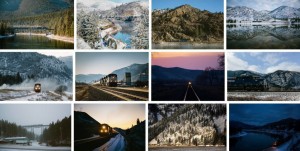